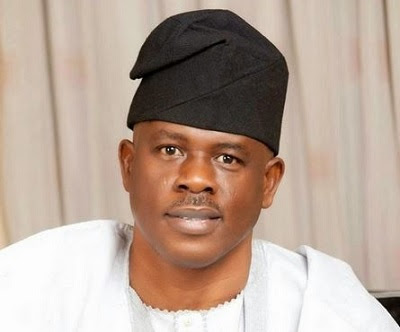 Senator and former Minister of State for Defence Musiliu Obanikoro, says operatives of the Economic and Financial Crimes Commission {Efcc} are manufacturing fake evidences against me  out of desperation to nail him.

former Minister of State for Defence Musiliu Obanikoro,his media aide, Mr. Jonathan Eze, on Friday while reacting to a report published by The PUNCH on the former minister’s involvement in the N.4.7bn allegedly fraud transferred  from the imprest account of the Office of the National Security Adviser {NSA}into his sons’ company account, Sylvan McNamara.

expressed disappointment that the anti graft agency has ignominously graduated from political persecution into manufacturing evidences against his person in other to drag his name in the mud, proving us right that the commision has devolved into a government appendage for political withchunting.

” Recall that when the EFCC illegally raided my houses in Lagos, they went away with various documents which included a blanked signed letter headed papers as testified in the Affidavit sworn in the Court.

“It has however came to my notice that the EFCC has allegedly written an acknowledgement on one of the document purportedly as evidence that i collected the equivalent sum of 1million dollars in cash from a Bureau the Change and signed for it. “This is another lie from the pit of hell. How can anybody change money from a Bureau De Change and sign for it ?

“I still insist that throughout my stints as Minister, I never collected any money from any Bureau De Change and as such, I urge the public to ignore the EFCC who are trying to skew up investigations in its favour.

“The EFCC has obviously betrayed public trust by its latest sinister plan of manufacturing receipt in my name. Instead of genuinely carrying out it’s mandate, it has been grossly overshadowed by political wiles.
Last month, Punch newspaper had quoted a detective at the EFCC saying that :

“The owner of A. A. G. B. S Oil and Gas confirmed to us that the company is a BDC but was only bearing the name of an oil company. He confirmed that he received N168m from Sylvan McNamara and $1m was delivered to Obanikoro in cash while he was the Minister of State for Defence based on the exchange rate at the time.

“Obanikoro acknowledged receipt of the cash and we have recovered evidence.”

Meanwhile, the commission has received a remand order, giving it permission to hold a former Deputy Governor of Osun State, Senator Iyiola Omisore, who allegedly received funds from the said N4. 7bn.

Omisore will be held pending the completion of investigations.