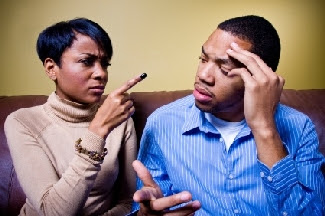 Dr.Grace Ijarogbe, a specialist child and adolescent psychiatrist have called on Nigerians to shun the culture of early marriage and child bride as it leads to future psychiatric issues. The call was made at the ordinary general meeting and scientific conference of the ARD, FNPH held recently as Yaba, Lagos

Dr.Grace Ijarogbe,Highlighting the dangers of getting married at a very young age, . “It is very disgusting for the child, to leave home at that age, most children are just getting accustomed to their family some are still forming their bonds and ties with their siblings and other family members, and so when they have to be uprooted from this family and have to be joined to strange family, it is very disgusting to them.

Marriage is difficult enough for an adult who have acquired enough intelligence, social skills but for a child who doesn’t know anything and all that, most often, it is done by cohesion, a slavery kind of cohesion.” In his opening speech, Dr. Ken Uwajeh emphasized on the essence of proper psychiatric practices as a panacea for a lot of societal ills. He also emphasized on the need for doctors and other privileged members of the society to be more emphatic towards the poor and the needy in our society.

lot of child bride are afraid of their spouse, they are dominated in their new environment and they forced to do so many things that they don’t do in their family. Because the main reason why people have decided to go for the child bride is because they believe they can bend these children emotionally and psychologically against their will and they waste no time to bend these children to their will. This means that her value needs to change, her views needs to change everything needs to change to suit the new culture where she is married.