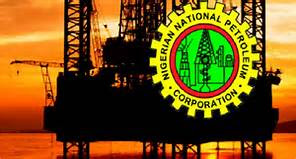 Jonathan Vatsa who is the commissioner for information, culture and tourism in Niger revealed that the immediate past state government, through a committee it set up, had confirmed the availability of large quantity of crude oil in the Bida Basin.

The search for oil in the north has received a boost following the revelation by the Niger state government that large quantity of crude oil was in the Bida Basin ready for exploration.

Jonathan Vatsa said “The search for crude oil will not be complete in the north until Bida Basin, which has a lot of potential, is included because there had been several intensification of crude oil search with re-invigorated exploration based on fresh strategy.” He advised that Bida Basin be included in the renewed search for hydrocarbon deposits as this would set up a boost for the state and the whole country

24-man committee, was set up in 2011 under the chairmanship of General M. I. Wushishi, called Gubernatorial Committee on the Development of Bida Basin with the mandate to establish facts about the availability of oil and gas in Bida Basin and give recommendations.

NNPC group managing director Dr. Maikanti Baru  hinted that the government had stepped up its decision to explore oil in other parts of the country especially the north east so as to exploit more oil from other region including Lagos state to boost for Nigeria and also reduce the concentration of oil production in the Niger Delta region.

With the recent threat from Niger-delta Militant  The spokesperson of the group, General Edmos Ayayeibo in a statement issued on Sunday, July 24 ordered people from the north and the south west to vacate the South-South before August 1. Ayayeibo also called on the federal government to “move out all military personnel and all government agencies out of the Niger Delta as failure will lead to destruction of military barracks and personnel.”