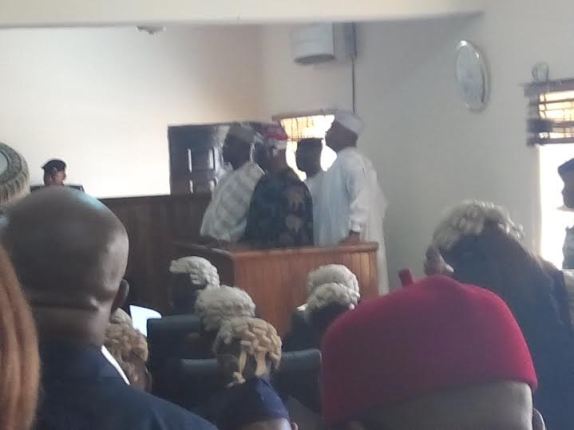 President of the Senate, Bukola Saraki, his deputy, Ike Ekweremadu, and two others, accused of forgery arrived at 8:48am in company of at least 30 senators.  Muhammadu Diri, counsel to the federal government; the prosecution, told the court that the business of the day was “arraignment.”
Saraki, Ekweremadu, and two others — Salisu Maikasuwa, former clerk of the national assembly; and Benedict Efeturi, deputy clerk of the national assembly — all pleaded not guilty to the charges.
However, the case was stood down for an hour at the instance of the prosecution who said that he needed time to file a response to applications for bail by the defendants.
Paul Erokoro (SAN) Saraki‎’s lawyer did not object to the request of the prosecution just as Joseph Daodu Ekweremadu’s lawyer did not.
‎Saraki, Ekweremadu, Maikasuwa, Efeturi, are facing charges of alleged criminal conspiracy and forgery of the senate standing rule‎s, 2015, brought against them by the federal government.
another photo after the cut… 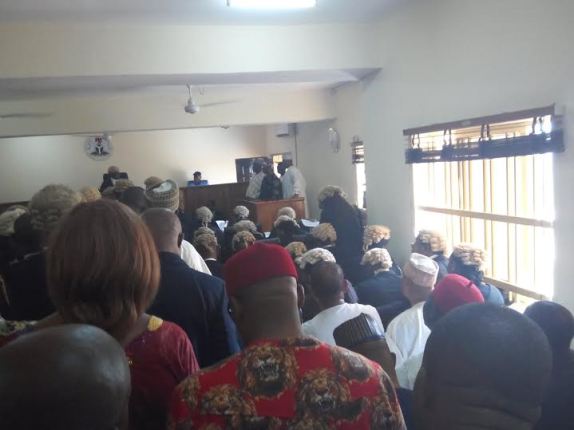