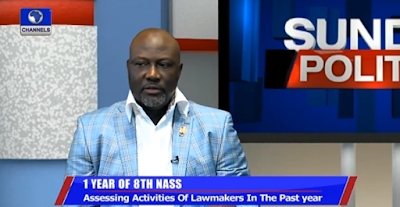 Senator Dino Melaye, Kogi West Senatorial District representative, made the comment on Sunday, June 12, 2016, while appearing on Channels TV’s Politics Today.
He was speaking on the leadership under Nigeria Senate President  Bukola Saraki, he said the 8th seante has done very well, adding that they would have done better if not for Saraki’s trial at the Code of Conduct Tribunal over alleged false asset declaration.
He statement is stated as “
“I will say that the leadership of the senate under Bukola Saraki has done brilliantly well but we would have done better, if not for what I call this planted distraction by people of inordinate ambition, capricious manifestation, and reaction formation by people who just do not want to accept defeat,”
“Everyone is ambitious, I’m ambitious, I want to be the president of the federal republic of Nigeria. It shouldn’t be a crime. I will be!” he added.
When Senator Dino Melaye was question further about his Presidential ambition.he went further to state, he said “When we get to that bridge we will cross it”.
Below is the video coverage from Channel Tv
Watch the video here…
Meanwhile see reactions from Nigerians below… 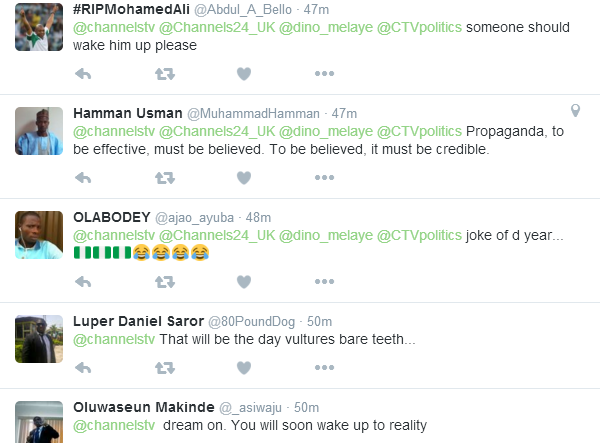 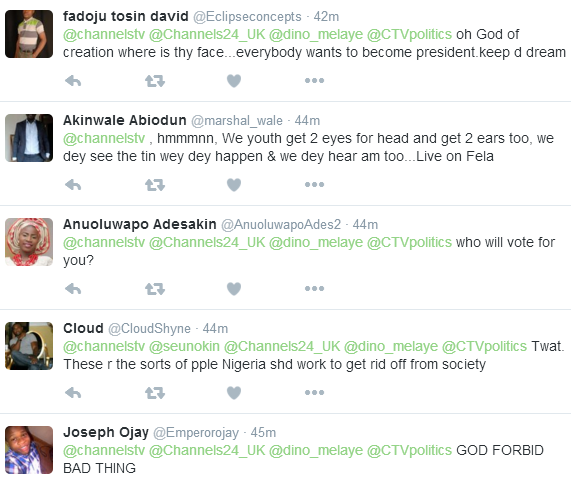 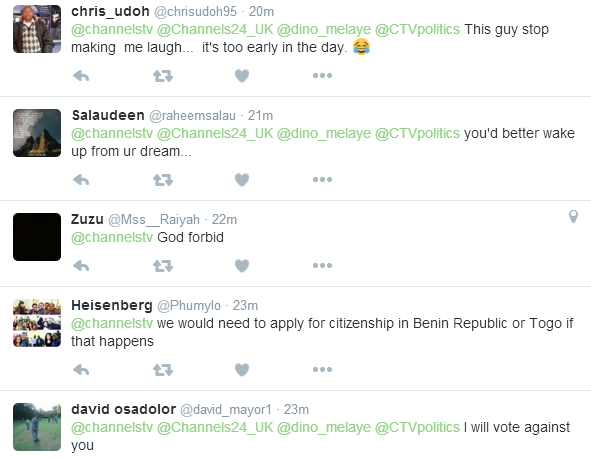 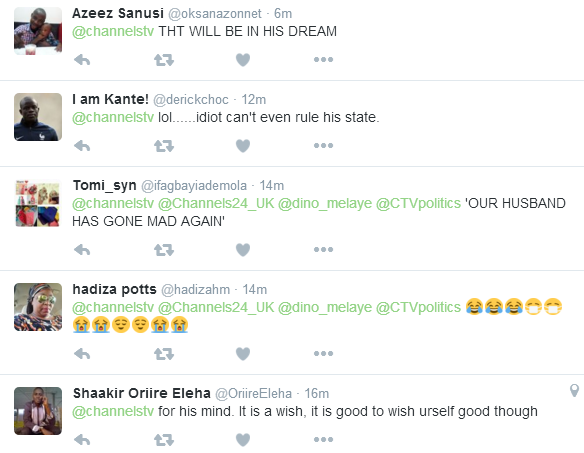 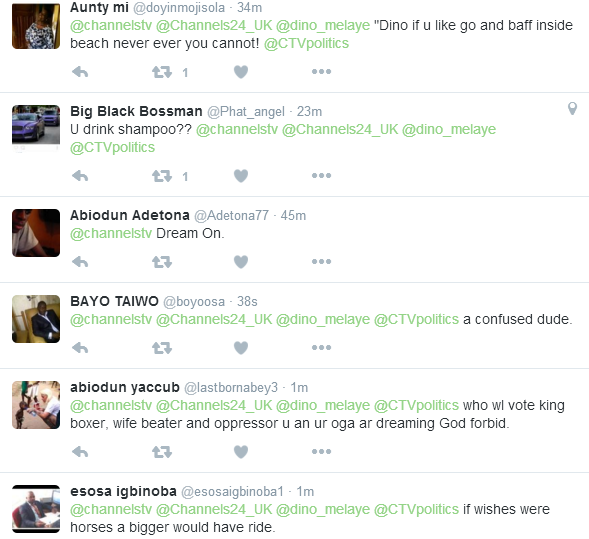