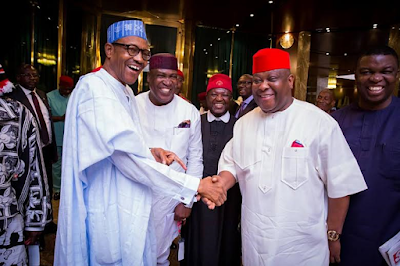 President Buhari received South East Group for Change led by Senator Ken Nnamani in the State house today May 31st. President Muhammadu Buhari on Tuesday met separately with some South-East chieftains of the All Progressives Congress (APC) and six states’ governors in the Presidential Villa, Abuja.

The News Agency of Nigeria (NAN) reports that the two meetings were held behind closed doors.

NAN reports that the president first met with the governors of Zamfara, Akwa Ibom, Edo, Katsina, Ondo and Imo before meeting with the South East politicians led by former Senate President, Ken Nnamani.

‎The 18-member delegation, under the aegis of South East Group for Change, comprised mainly members of the ruling APC.

Others were the former House of Representatives’ member, Sharon Ikeazor and the former Executive Vice-Charman of Nigeria Communications Commission (NCC), Ernest Ndukwe.

When accosted by State House correspondents on the outcome of their meetings with the president, both the governors and the leadership of the South East APC delegation ‎declined comments.

NAN reports that no official statement has been issued on the meetings as at the time of filing this report.

See more photos after the cut. 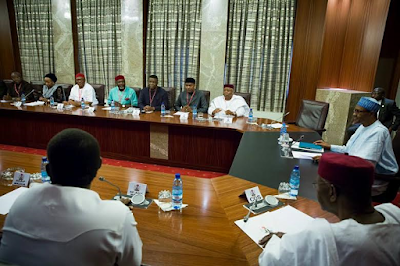 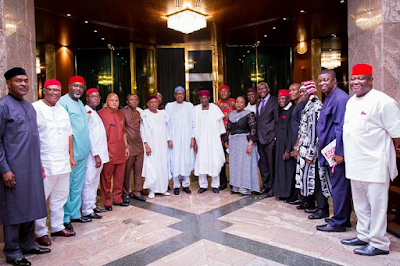 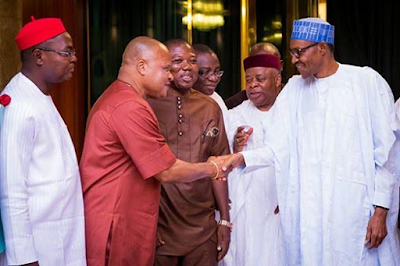