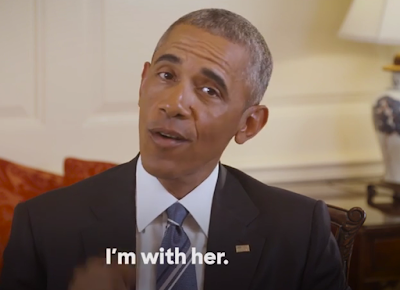 In a rapid sequence of events in Washington that contrasted with renewed rancor among Republicans, Sanders emerged from the Oval Office peace talks with the president to say he was now prepared to meet Clinton and work with her after losing Tuesday’s primary elections.
Resident Barack Obama endorsed presumptive Democratic presidential nominee Hillary Clinton in a web video Thursday.
Obama continued by saying  “I am fired up. And I can’t wait to get out there and campaign with Hillary.”
in statement by Obama,“I spoke briefly to Secretary Clinton on Tuesday night and I congratulated her on her very strong campaign,” the Vermont senator told a throng of reporters outside the West Wing. “I look forward to meeting with her in the near future to see how we can work together to defeat Donald Trump and to create a government that represents all of us and not just the 1%.” of the populace
Obama’s endorsement signals an end to the Democratic primary battle between Clinton and Vermont Sen. Bernie Sanders, who has vowed to fight on through next week’s Washington, D.C., primary, but on Thursday didn’t repeat his previous claims that he will fight on through the party’s convention next month in Philadelphia.
Sanders, who met with Obama at the White House earlier on Thursday, said afterward he would work with Clinton to defeat Trump. Sanders said, however, that he would stay in the race to compete in the final Democratic primary vote in Washington, DC, on June 14.