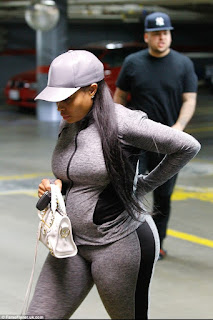 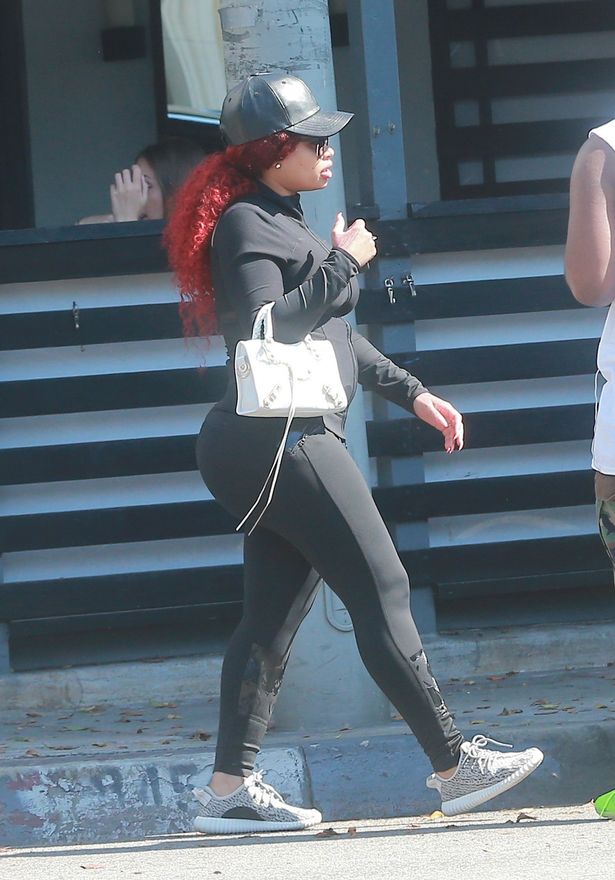 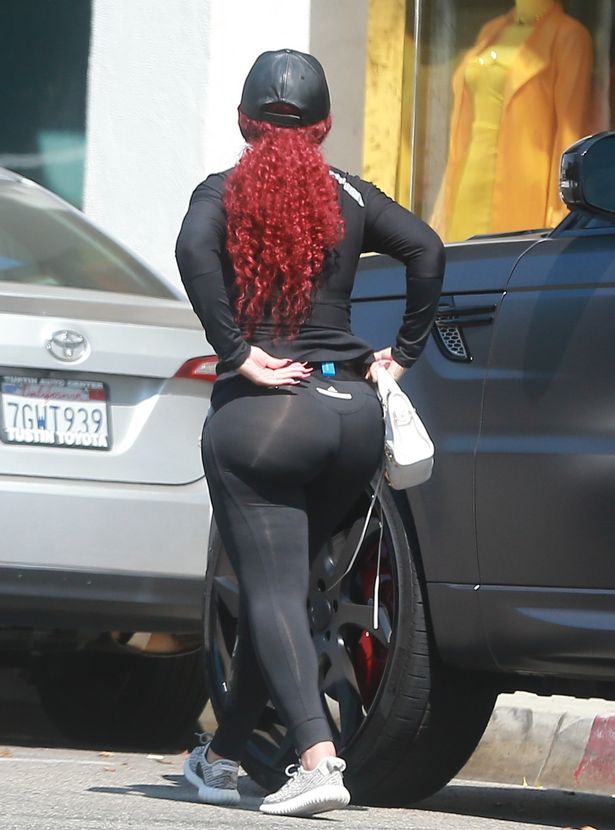 The 28-year-old and a gal pal window-shopped at the newly-opened House of CB in West Hollywood yesterday and as usual she showed off her curves in tight pants.Chyna, who already has a son King Cairo, three, with ex Tyga, covered her curves in the gray athletic gear that featured black stripes down each leg and black panels on the top.

She wore a matching gray baseball cap over her long raven hair and carried a fancy white and gold designer purse. 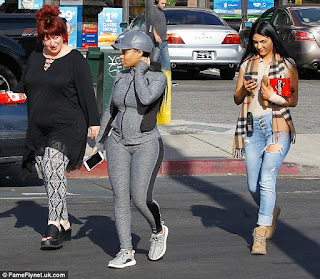 She only recently announced she’s expecting a child with fiance Rob Kardashian but already Blac Chyna’s baby bump is growing fast.
The pregnant 28-year-old was seen out in Beverly Hills on Friday with Rob, after flying back to LA from New York where the couple lived it up at Sin City night club.
And the former exotic dancer appeared to be feeling a little back pain as she walked through a parking garage with one hand pressed up against her spine after exiting her luxury sports car. 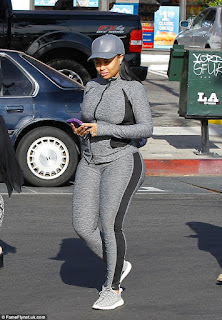 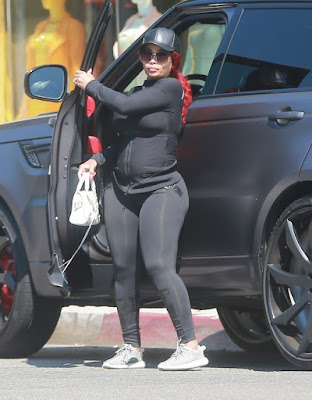 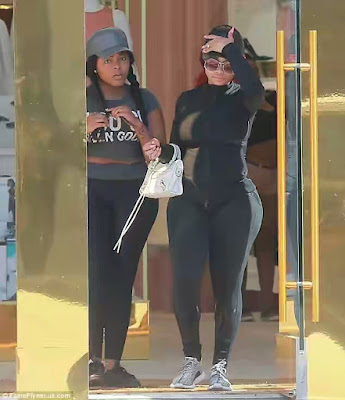