The Nigeria Super Eagles were earlier placed in Pot Three while Egypt were placed in Pot one after the Egyptian Football Association lodged a formal complaint to express their discontent after being zoned in Pot Two despite being the fifth best ranked team among the 20 teams.Nigeria remain in Pot Two for Friday’s African World Cup qualifiers draw according to the Federation of International Football Association.

Accordly to GOAL.COM, there was sudden turn of events, the body via a press release on Wednesday night decided to invalidate a previously announced “special” ranking which demoted the Super Eagles to Pot Three and placed Egypt in Pot One.

The seeded teams and the four pots for the draw were defined by the decision of the Emergency Bureau for the Fifa World Cup qualifiers of 22 June 2016 composed of Sheik Salman Ibrahim Al Khalifa, Alejandro Dominguez and David Chung.

“The teams in Pot 4 will be drawn first. The team drawn first from Pot 4 will be placed in Group A, and its exact position in the group will be determined by a ball drawn from a second pot that will contain four balls with the position numbers 1-4,” it stated.”

“This very same procedure will then be applied for Pot 3, then for Pot 2, and finally for Pot 1. When the last ball containing the name of the final team in Pot 1 has been drawn and its position in Group E has been confirmed by drawing the last remaining ball in the second pot, the draw will be concluded.”

Having missed out of the 2017 Africa Cup of Nation, Nigeria would be hoping to secure one of the five spots for the 2018 Fifa World Cup billed for Russia. 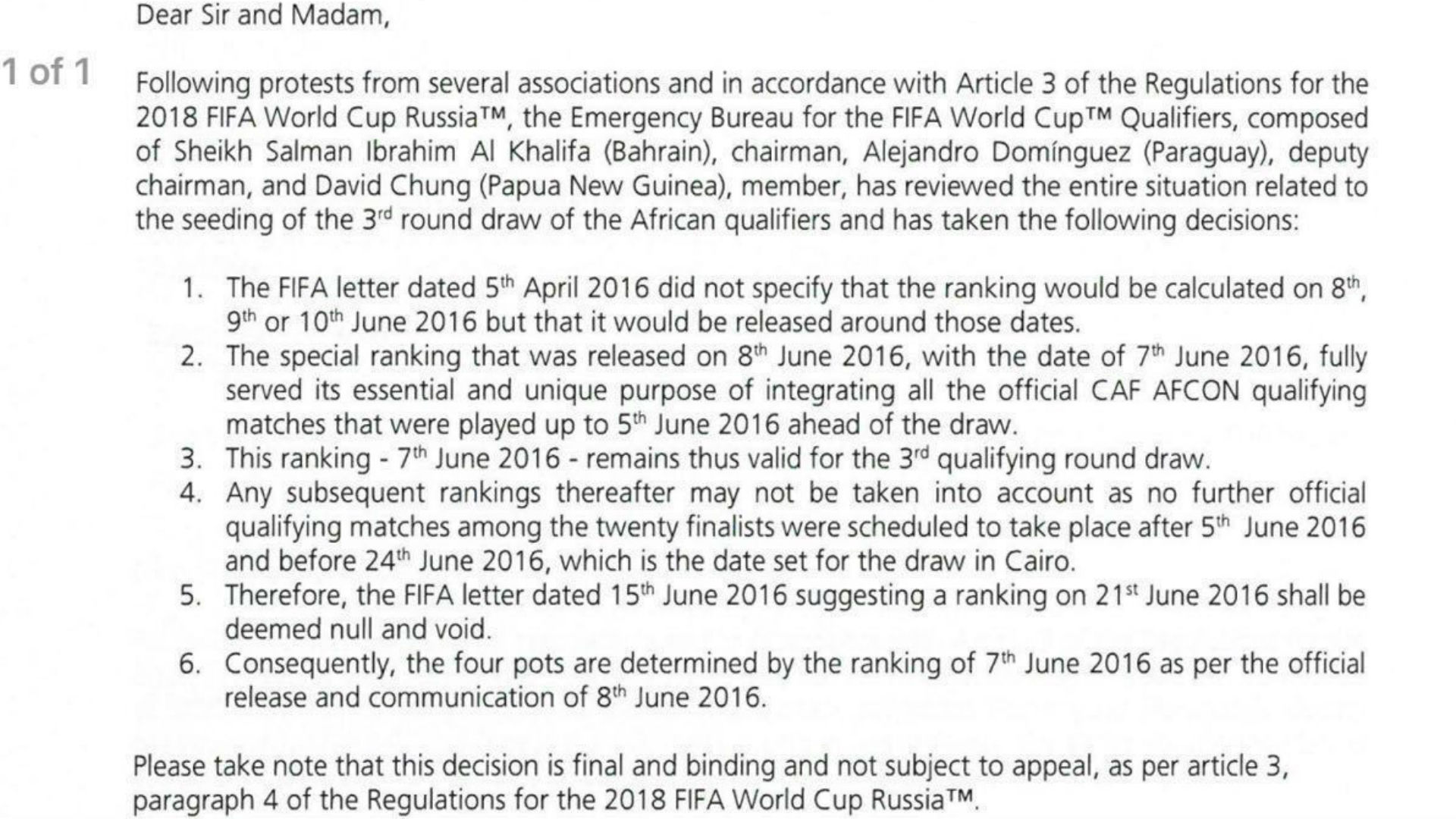