Michelle Obama,her mother and daughters land in Spain in a windy day

They where wave by air as the arrived  Spain from board yesterday  on June 29, 2016. They were spotted struggling with the wind as they step down from  aircraft.

Accordly to Dailymail, Michelle Obama plans to promote her year-old global girls’ education initiative during upcoming stops in Liberia, Morocco and Spain on what could be her final solo overseas excursion as first lady. 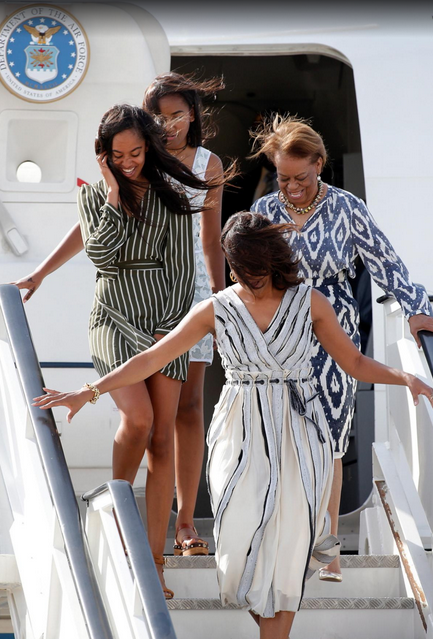 The White House announced Wednesday that the three-country trip is booked for June 27-July 1. Her traveling companions are daughters Malia and Sasha, and her mother, Marian Robinson.

Actresses Freida Pinto and Meryl Streep are lending their star-power to the first lady’s Africa appearances.

The trip is likely to cost hundreds of thousands of dollars in tax-payer money, according to expense reports from the First Lady’s prior trips to the African continent.

Mrs Obama racked up $424,142 on travel and expenses for the plane crew on her 2011 trip to Botswana and South Africa. 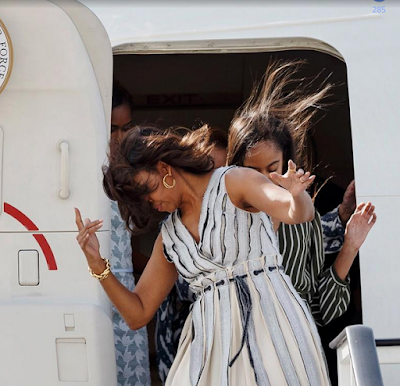 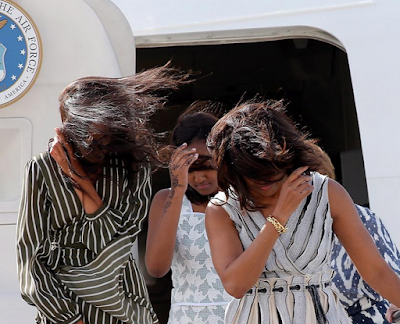