The Embattled Actress  Ibinabo Fiberesima  is back to social media limelight, After her embattled court case, where Appeal court  said it was granting the actress N2million bail pending the determination of a suit filed by her at the Supreme court.

The actress was alleged to have collided with the car of a staff of Lagos State hospital, Giwa Suraj as a result of reckless driving on the Lekki-Epe Expressway back in February, 2006. the actress seems more relaxed now as she as returned to social media, mostly making use of her Instagram page. She posted the photo above with the caption; ‘My sis Faithia and I’. 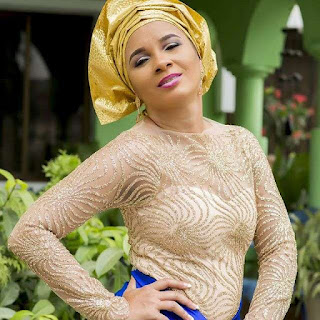