History has been made in Anambra state, South east Nigeria
A 30-year old young man named Mark Okoye has been appointed as  Anambra state commissioner for economic planning and budget development.

He was confirmed by the Anambra state House of Assembly on Wednesday June 15,2016

Mark studied Finance at George Washington University and was a former  Associate at Afrinvest West Africa.

Before his present appointment,  Okoye has been the special adviser to Governor Obiano on economic planning, budget and Investments since June 2015.His responsibilities then include  operational and strategic oversight over Anambra State Investment Promotion and Protection Agency (ANSIPPA), an agency where he served as the secretary. He was a member of the Anambra State Economic Think-Tank also involved in the management of State Flood Disaster Recovery Coordinating Committee (SFDRCC). Okoye got married earlier this year to Phillipa Osakwe, in an elaborate ceremony held in Ikoyi, Lagos that witnessed the presence of prominent Nigerians. 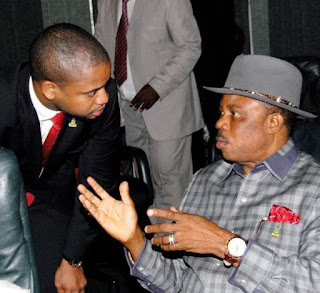 He was a former Executive Director, Anambra State Investment Promotion & Protection Agency and was also the Special Adviser to the Governor on Economic Planning and Budget.

Governor Obiano in a tweet said that if not for constitutional restraints, the state would have 24-year-old commissioners.
Lucky Okoye Mark . we need more of this in Nigeria for better Nigeria