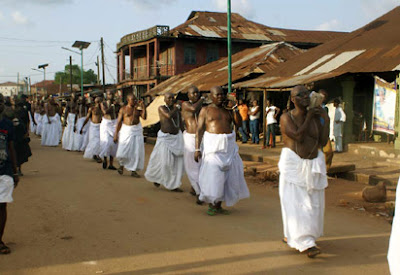 Benin Kingdom is know for her great value,which still keep their cultural heritage right from memorial.during the per-colonial and colonial era the kingdom was known for their outstanding rite. The great Benin empire reached the peak of its power, it extended its boundaries and exercised power over all the west African lands bordering the entire stretch of the bight of Benin, from the mouth of the river Volta in the west and eastward to the present day Congo and to the delta of river Niger in the east e.g. Ghana, Republic of Benin, both across the borders of modern Nigeria.

Onitsha on the Niger and many other cities such as Asaba, Agbor, Isele-Uku, Warri, Idah e.t.c. Many of these states and other cities owe their corporate existence to the ancient Benin Empire. The influence of the great Benin Empire was said to have even extended to the present day Sierra Leone in the west. since the Oba of Bini pass to meet his ancestors as announced by the chiefs, the burial rite has been over months now performing their rite to the great monarch, A cross session of the Bini chiefs performing the conventional customs as a major aspect of exercises denoting the entombment function of Omo N’oba N’Edo Uku Akpolokpolo Oba Erediawa Oba of Benin with a parade from Ediaken Palace to Oba Palace in Benin. Photograph: Barnabas Uzosike.

More photographs after the cut 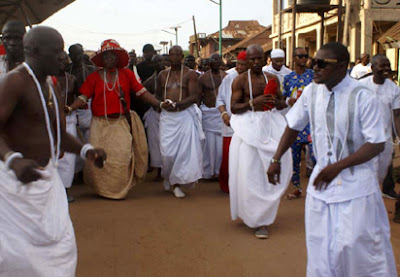 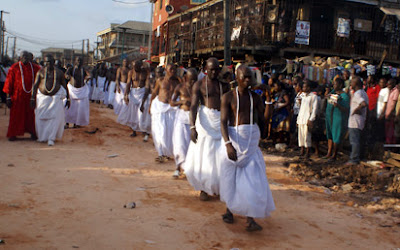 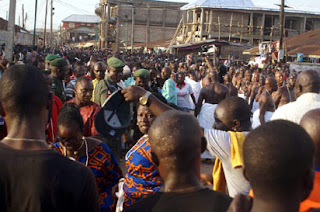