The Nigeria Police  were at the Muson Centre, Onikan over the weekend to arrest Oritsefemi’s former manager, Yusuf Adepitan, also known as Danku.The arrest came as the peak of a feud between artiste and former manager that has been brewing for a year now. An eyewitness was quoted as saying, “It was like a Hollywood movie, they just stormed the red carpet and whisked him away”.Danku was hurled into custody according to NET ng on the red carpet of the comedy concert Pencil Unbroken which held yesterday night at the Muson centre and Oritsefemi has allegedly been fingered as the man behind the arrest.

A reliable source from Oritsefemi’s management Group told the media, that his Former Manager Danku was on the run for many months, the arm of the law caught up Former Manager last night and he had no hiding place. He was picked up by officers of the Nigerian Police force at the Muson centre on the red carpet of Pencil Unbroken event for theft, conspiracy and impersonation’.

Oritesefemi and Danku started having misunderstanding in 2014 after the singer slammed Danku with allegations of stealing money from him, threatening his life and also claiming ownership of his MSN record label.

January 2016, the 31-year-old singer Oritsefemi threatened to arrest Danku and his mother for conspiring against him but the threat never amounted to anything.

The Former Manager Danku is said to have since been taken to Zone 2, Police command in Onikan, Lagos for Further interrogation and questioning. 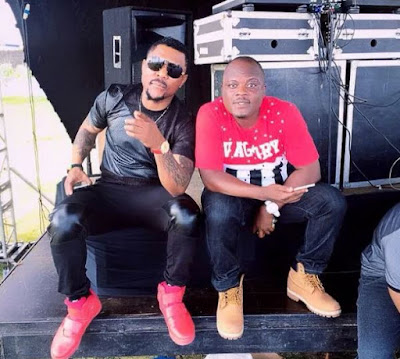 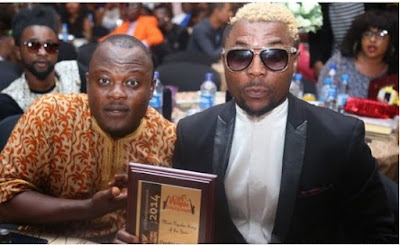