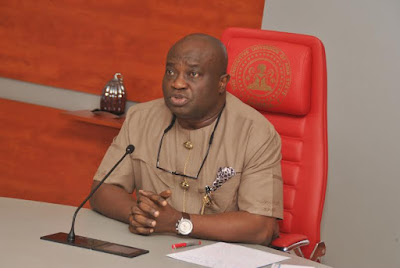 The reasons was Abia gov, Ikpeazu gave  false information to his party, the Peoples Democratic Party, for the party’s governorship primary in December 2014.


The presiding judge, Justice Okon Abang in his ruling on Monday ordered the Independent National Electoral Commission to immediately issue a certificate of return to Uche Ogah, Recall that Ogah polled the second highest number of votes in the primary election