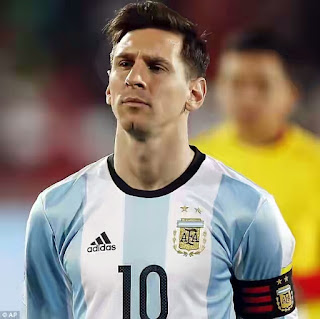 Lionel Messi didn’t win any major tournaments with Argentina. he captained Argentina to the final of the 2014 World Cup in Brazil, where they lost 1-0 to Germany

He then played his second Copa America final for Argentina in Chile in 2015, losing the final on penalties to the host nation. why in 2016 final loss in Copa America. The superstar, who lost his fourth major tournament final and third in as many years on Sunday night, said that after so many missed chances, he is ready to step away.