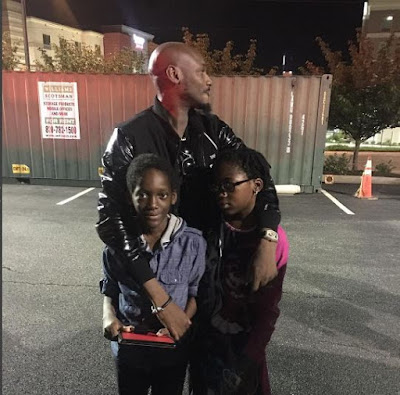 Drama started today on Instagram after Annie Idibia posted cryptic message about parents keeping their children away from other parent just to hurt them and everyone assumed she was throwing shade at Pero Adeniyi who has three kids for her husband
.Pero’s sister, Eniola then went on Annie’s page and called her out saying all her rants is because Tuface traveled to go see his children.Now pictures of Tuface and his children from Pero Adeniyi has surfaced online. It was taken few hours ago. According to @iamfunmi, ‘they waited to see their father’Another picture after the cut