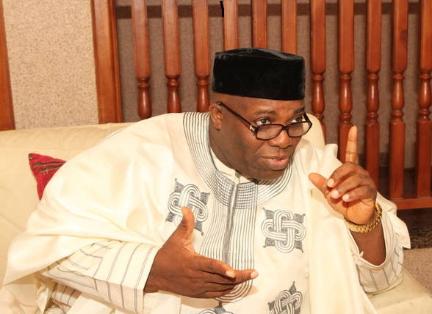 Doyin Okupe
Doyin Okupe who was former Senior Special Assistant on Public Affairs to former President Goodluck Jonathan has called on all state governments to downsize their workforce instead of always seeking bailout funds from the federal government.
Okupe in a statement signed by himself declared that all state governments in the country already have too many staff performing less jobs, and that the state government should reduce them. He said that it is not sustainable for states to use about 70 – 80 percent of its resources to pay salaries of civil servants who constitute about 10 percent of its population.
Read his statement below:

Firstly, virtually all state governments in the country have over bloated civil service. At some point between 2008 and 2009, Ogun state received N2b monthly from the federation account and paid out N1.8b as staff salaries, wages and overhead costs!
The total staff strength was about 50,000 while the population of the state was about 5,000,000. An obvious socio economic absurdity and incongruity therefore existed where 10 per cent  of the population was consuming 90 per cent of the wealth of the state.
We do not need a soothsayer or an economic guru to foretell that this is unsustainable. In many States the percentage of the resources of the state that is consumed by the civil service ranges between 70 per cent  to 80 per cent by not more than 10 per cent of its population.
A basic economic dictum says ‘if expenditure cannot be controlled, then internal demands must be curtailed’. Without doubt therefore, all state governments must immediately start the process of downsizing their workforce  with reasonable cushions for those who will be affected.