Prince Adetunji Ogunwusi is the elder brother of the Ooni of Ife, Oba Adeyeye Ogunwusi. He was also one of those who contested along with the new Ooni for the throne. 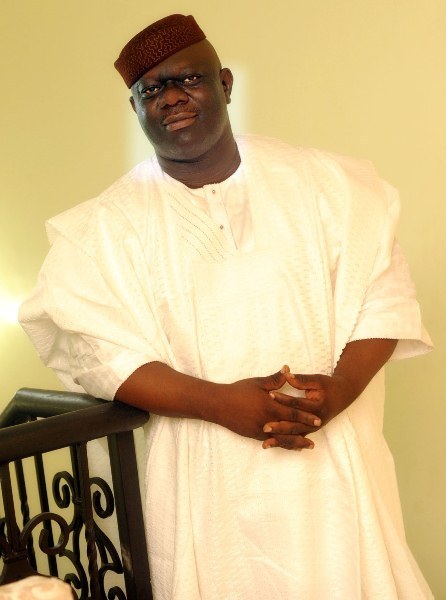 This man who hardly grant interviews spoke to City People ‘s Assistant Society Editor, ABIOLA ORISILE recently in Ile-Ife and opened up on the alleged disagreement between him and his brother over the Ooni Stool he contested with him.
Excerpts:

When your broher, Oonirisa got married, you played a huge role, many wondered why you were not at the coronation to show support when he was crowned?

Well, let me start by saying that people said lots of things when I was not around for the coronation. I
was not around as I don’t live here. I have all my family abroad and I have some of my businesses abroad too, that was why I couldn’t make it.

Did your brother tell you he was going to contest and why did you contest the stool of Ooni with him?

Yes, he told me he was contesting and I said to him, may the best man win.

How were you able to resolve the issue?
Which issue? There was never any issue. What was the fight about? There was no fight at all.

Why were you not at the coronation if there was no fight?

That is a very good question. I just wanted to seat back and rejuvenate myself. I would not have granted this interview because this is my first interview but a friend of mine said City People will come and interview you, please talk to them.

It is just a matter of discipline that I don’t talk to press. I do not grant interviews. We have done lots of business as I don’t believe in splashing my pictures in newspapers as I believe my work will speak for me.

Why I didn’t come for the coronation as you asked was because I believed I have made my intention and since I couldn’t get it, let me go and re-strategize on my business and other stuff. Lots of people said different things which are all baseless. It paid off as we have introduced other businesses and one is generating power through sawdust and other means. It is going to be based in Lagos and it is near completion.

When you read all those things about you on social media, what came to your mind?

Well, I watch Channels, I am not a social media person. I am only on Whatsapp. So I don’t get to read most of those things. Well, everybody have the right to their opinion.

How did you reconcile?

There was no fight, what will I fight about?

Let’s talk about your 4 sisters, can you describe them one after the other?

Oh, my 4 sisters, Princess Folasade is my immediate younger sister. She is gentle, courageous, highly reserved but she believes I am harsh but I am not. Princess Adesola is also one of my sisters. I will say she is misconstrued but she is very nice, very gentle, not outward. Foluso is very brilliant. She works with Dele Farotimi. Very serious minded.

Let’s talk about your only brother, Prince Bimbo.

He is my elder brother. He taught me all I know about fashion. How to wear good clothes, good shoes, nice perfume while we were growing up.

I saw you chatting freely with Ooni of Ife’s wife when the wake-keep was going on, what do you like about Ooni’s wife, Oloori Otiti?

You are very observant, Oloori is a down-to-earth person. She is a lovable person and you can’t but like her. Very respectful. At the event, I was telling her what they were saying about my grandmother. I also told her about my grandmother’s proverb and took my time to explain it to her

“i’m probably leaving out some information what other tips can you provide about this issue? share your story in the comments to join the discussion”