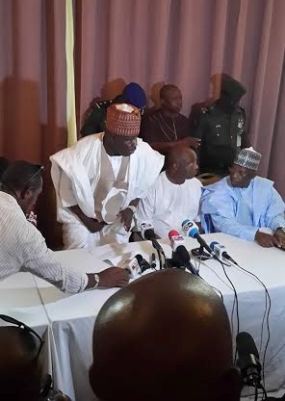 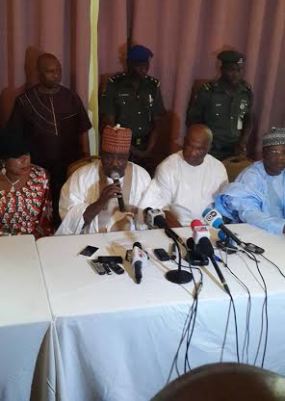 PDP
Governor forum have chosen to ignore the announcement by the National Chairman Sen. Ali
Modu Sheriff, that its national tradition has been cancelled due to crises in
the party.
The Governor
Forum told our reporter that a previous Governor of Kaduna, Sen. Ahmed Makarfi
as the  party’s caretaker national
chairman and that they are going ahead with the convention.
He included
that Senator Ben Obi was named the national secretary of the party.
A group of
the party lead by a ex- Minister of Information, Prof. Jerry Gana, had prior
held its preparation in Abuja.
details
information later.
Advertisements
news