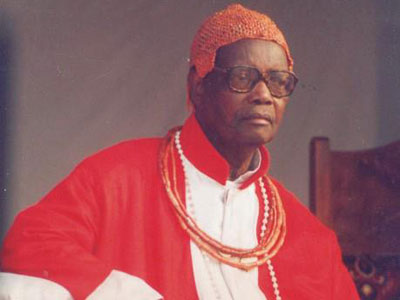 The Edo state Government on Tuesday declared five days mourning period in honour of the late Oba of Benin, Oba Erediauwa.
Gov. Adams Oshiomhole announced the declaration during the State Executive Council meeting in Benin.
Oshiomhole also directed that the nation`s flag should be flown at half mast in the state within the period of mourning.
The News Agency of Nigeria (NAN) recalls that the death of the late Oba was officially made public on Friday, April 29, by the palace.
Oshiomhole later paid a condolence visit on the Crown Prince Iheneden, on Monday.
Thenation
Advertisements