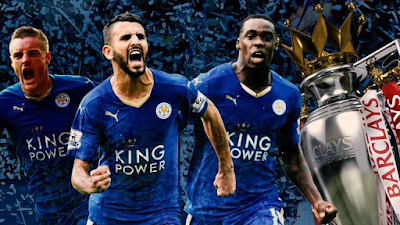 Leicester City’s celebrations have continued into the second day, after Tottenham’s 2-2 draw against Chelsea at Stamford Bridge granted Claudio Ranieri’s team a historic title win, which has been described as one of the greatest triumphs in the history of English football.

Tuesday began with the players returning to training as they basked in the glory of their sensational title win. They then headed into Leicester city centre where they were treated to a celebratory pizza by Ranieri at the restaurant San Carlo’s.

The scale of Leicester’s achievement is still sinking in, and figures from all across the world of football and beyond, including the likes of Real Madrid manager Zinedine Zidane, have paid tribute to the Foxes’ almost unrivalled feat.

Join us as we round-up the reaction of Leicester’s squad, supporters, and the world media. According to a new study report by Repucom Sports Data firm, Leicester City’s historical title win will fetch the club about 220million US Dollars.The financial rewards will come from the Premier League’s huge television revenues, playing in the Champions League, new sponsorship and higher gate receipts due to their success.Repucom said:

“Leicester City FC’s real commercial potential will become clearer in the season break as brands vie to associate themselves to the club and in turn, the league winners aim to maximise the returns their status could command.”

According to the sports data company, Leicester city’s mega cash will come from— Potentially more than £90 million from winning the Premier League against £72 million when they came 14th last season. — They would get £33m just for appearing in the group stages of next season’s Champions League, with another £3m waiting in performance bonuses. — A third place finish in their group would guarantee a place in the Europa League and another £20m. -Higher match day and commercial revenues could bring another £10m-£15m.