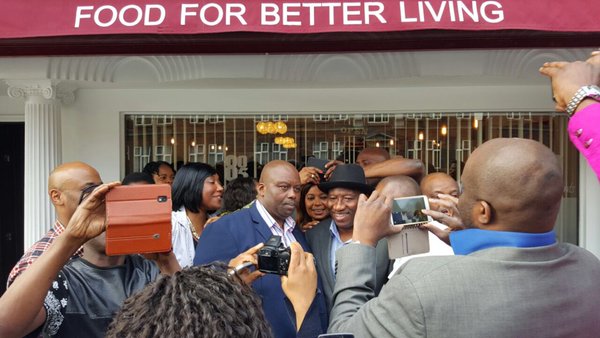 The Bayelsa State-born former president won the hearts of millions across the globe after he conceded defeat during the 2015 elections by placing a call to his opponent, General Muhammadu Buhari (then) and congratulating him on his win.

In what could be described as a show of love for Nigeria’s hero of democracy, former President Goodluck Jonathan was mobbed as he left a London restaurant by Nigerians this weekend.