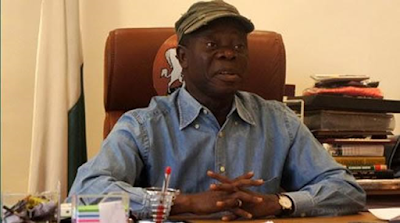 The Edo state governor, Adams Oshiomhole, has announced the increment of the National Minimum Wage for the state civil servants from N18,000 to N25, 000 with immediate effect. Oshiomhole made the announcement at the grand finale of activities to mark the 2016 Workers Day in the state. He announced that the 13 months salaries being owed workers of Egor Local Government Council will be paid within the next two weeks. Oshiomole assured the workers that irrespective of the drop in oil price, they will still be getting their salaries as at when due.