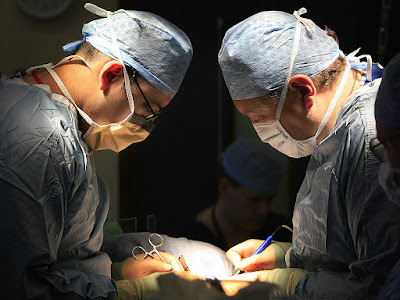 Specialists at Johns Hopkins performed the principal U.S. liver and kidney transplants from a HIV-positive benefactor to HIV-positive beneficiaries, the healing facility declared on Wednesday. The restriction on HIV-positive organ gifts was revoked in 2013. (HIV was the main condition 100 percent banned in the National Organ Transplant Act of 1984, when the AIDS pandemic was still in its initial stages.)

In an announcement, the clinic’s Dr. Dorry Segev clarified:

“This opens the entryways for such a large number of a greater amount of these sort of transplants to happen, such a variety of lives of individuals with HIV spared by these transplants”.

There are an expected 120,000 individuals tending to organ transplant records in the U.S., with Hopkins specialists assessing that anywhere in the range of 500 to 600 organs from HIV-positive benefactors have been squandered.

“A thousand new transplants each year? In the event that we can truly come to, that would be an enormous increment in the quantity of transplants,” Dr. Segev said.

Segev had battled for a long time for government endorsement of the surgeries.

“It wasn’t a medicinal issue,” he told The Baltimore Sun. “It was completely lawful.” Segev and his associates more than once met with figures on Capitol Hill to attempt and push through enactment that would topple the law. “The hardest thing was to get it on their radar,” Segev said Wednesday.

A month ago, Johns Hopkins turned into the main U.S. healing facility to pick up endorsement for the transplants from the United Network for Organ Sharing, the philanthropic association that regulates the nation’s organ transplant framework for the administration.

The group of the main HIV-positive kidney and liver contributor said she needed to offer assistance. The New England lady, whose name was not discharged, was a “little girl, mother, close relative, closest companion and sister,” as indicated by an announcement from her crew gave by the New England Organ Bank.

“From early youth she generally stuck up for the underdog,” said the announcement. “HIV was not a decision she made, but rather she battled it for herself and our crew each day. As we as a whole know, HIV is a disgrace and individuals with the malady are shockingly now and again treated in an unexpected way. … She could leave this world offering those underdogs she some assistance with fighting so hard for.”

Both beneficiaries wished to stay unknown, however are doing great, Hopkins said. One has left the healing center and the other is relied upon to be released without further ado.