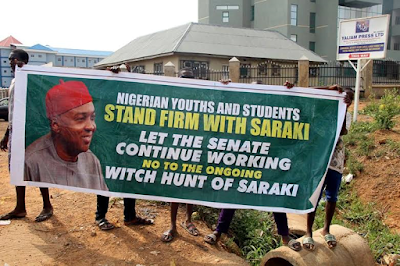 socio-Economic Rights and Accountability Project (SERAP) has petitioned Professor Philip Alston, UN Special Rapporteur on Extreme Poverty and Human Rights asking him to “use your good offices and position to urgently request the National Assembly of Nigeria, specifically the Senate, to withdraw amendments to the Code of Conduct Bureau and Code of Conduct Tribunal Act which if passed into law would seriously weaken the act, undermine the fight against corruption in the country, exacerbate extreme poverty and violations of internationally recognized human rights.”

In the petition dated 15 April 2016 and signed by SERAP executive director Adetokunbo Mumuni the organisation expressed “serious concern that the Senate of Nigeria will any moment from now pass amendments to Public Officers Protection Act; Administration of Criminal Justice Act; Code of Conduct Bureau Act and the Code of Conduct Tribunal Act with the political objective of securing a soft-landing for the Senate President Bukola Saraki who is facing corruption charges.” The petition copied to Mr. Zeid Ra’ad Al Hussein UN High Commissioner for Human Rights and the Conference of States Parties to the UN Convention against Corruption reads in part: “SERAP considers these amendments to be in bad faith, patently an abuse of legislative powers, politically biased, and demonstrably unjustified in a democratic and representative society governed by the rule of law, and incompatible with the country’s international human rights obligations and commitments particularly the UN Convention against Corruption, the International Covenant on Civil and Political Rights, the International Covenant on Economic, Social and Cultural Rights, and the African Charter on Human and Peoples’ Rights, which Nigeria has ratified.”
“SERAP also considers the amendments to amount to “legislative rascality,” as they are not a legitimate exercise of legislative power, and if allowed can exacerbate extreme poverty and violations of the right to an adequate standard of living of Nigerians and other human rights.”
“The amendments also threaten the injunction that government must be accountable, responsive and open; that public institutions must not only be held to account but must also be governed by high standards of ethics, efficiency and must use government resources in an efficient manner.”
“SERAP is concerned that while deserving bills have been left to languish at the bottom of their legislative programmes, the Nigerian Senate has fast-tracked the passing of these obnoxious amendments. The drafters of the Constitution would not have foreseen that the Senate would use its legislative power to encourage corruption and to undermine rather than advance constitutional guarantees and principles.”
“SERAP argues that limitations on the legislative powers of the Senate can be implied not only from the chapters two and four of the 1999 Nigerian constitution (as amended) relating to the obligations of all organs of government to promote transparency, accountability and combat corruption and recognition of citizens’ fundamental human rights but also by voluntary acceptance of international human rights obligations by Nigeria.”
“SERAP believes that a good government is one that rules according to the law, not according to the whims or caprice of parliamentarians.” “SERAP notes that the Nigerian Constitution 1999 (as amended) grants legislative power to the Senate to “make laws for the peace, order and good government”. SERAP believes that this power implies that the National Assembly including the Senate will serve as a crucial bastion of transparency, accountability, and the rule of law that are necessary to reduce poverty, establish a corruption-free society, and effective enjoyment of human rights.”
“Rather than be inspired by the spirit of public service by initiating legislation that promotes transparency, accountability, and human rights, the Senate is legislating to encourage corruption and impunity, serving as both a shield and sword to advance personal agendas. SERAP argues that the state’s obligation to respect, protect, promote and fulfil human rights inevitably creates a duty to develop effective anti-corruption legislation and not to promote corruption and impunity of perpetrators.” “SERAP notes that the Senate does not enjoy unfettered, unconditional and absolute legislative powers and should therefore not be allowed to create or change laws on a virtually unrestricted basis.”
“According to the constitution, all power and authority of Government and its organs is derived from the Constitution. Nigeria also is obligated to observe international human rights obligations in good faith and to take appropriate measures including through legislation to promote, protect and fulfil human rights. The law-making powers which are vested in the National Assembly including the Senate by Section 4 of the Constitution are therefore to be exercised in accordance with the constitution and international obligations.”“Similarly, the supremacy of the constitution including on all organs of government, and the sanctity of international human rights obligations imply that the Senate has no power to ignore the conditions of law-making that are imposed by the instrument which itself regulates its power to make law.”
SERAP, therefore, urged the Special Rapporteur to: 1.    Publicly express concerns about the proposed amendments to the laws that will weaken anticorruption agencies, undermine the fight against corruption and thereby be exacerbating extreme poverty and violations of human rights;
2.    Put pressure on the Senate to withdraw the amendments to the anticorruption laws and to ensure that a climate of legislative impunity and official corruption is not allowed to undermine the mandate of the Special Rapporteur to advance human rights and address extreme poverty;
3.    Urge the National Assembly, in particular, the Senate to promote in its legislative duties transparency and accountability and observe human rights principles, and that the exercise of its legislative power complies with Nigeria’s international human rights obligations and commitments;
4.    Urge the National Assembly to allow anticorruption agencies, in this case, the Code of Conduct Bureau and the Code of Conduct Tribunal to operate without any intimidation, harassment or interference whatsoever “In charge number ABT/01/15, dated September 11 and filed before the Code of Conduct Tribunal, Mr. Saraki is accused of offences ranging from the anticipatory declaration of assets to making false declaration of assets in forms he filed before the Code of Conduct Bureau while he was governor of Kwara state.”
“The amendments which have passed the second reading just 48 hours after introduction indicate that Section 3 (c) and (d) of the Code of Conduct Bureau Act will be amended to alter the functions of the Bureau.
Also, the Code of Conduct Tribunal will no longer be able to try any accused public officer. The amendments also seek to put the anticorruption agencies firmly under the control of the Senate, and to whittle down their powers 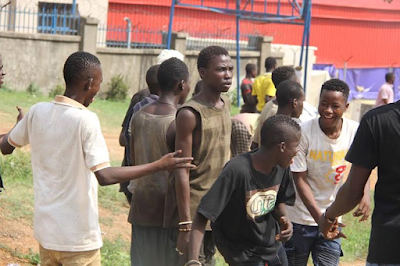 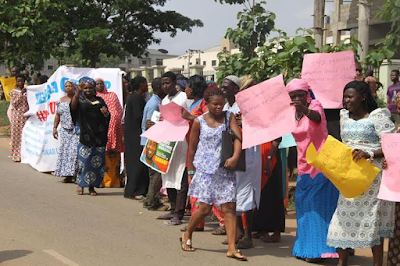 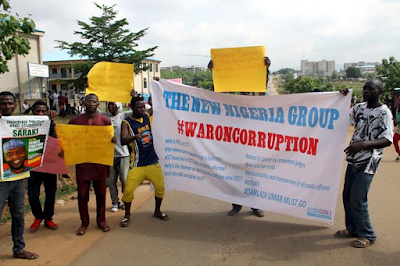 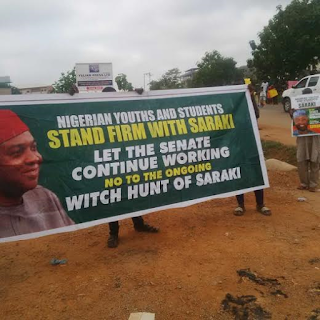