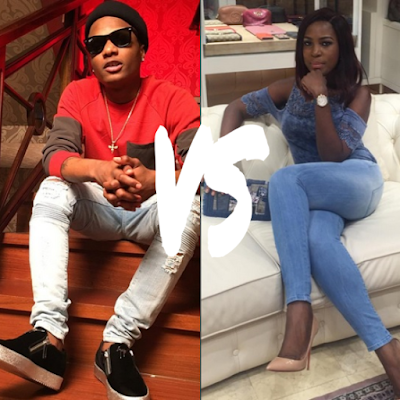 Wizkid set the internet ablaze after saying his director slept with Linda Ikeji and left her hanging at the hotel because her vagina stinks. See photos of some of his producers who may have allegedly smashed and snitched after the cut:
.

Ayodele Basel, better known as Del B produced two songs entitled “Kind Love” and “On Top Your Matter” on Wizkid’s monster album, Ayo.Del B is a well known ladies man and we wouldn’t be surprised if he has tasted the pudding and then snitched

Maleek is an alleged suspect in the smelly vagina scandal because he is a Wizkid producer and his works has been rigorously promoted by Linda on her blog.Is he the snitch? Time will tell

Moe Musa is another alleged possible director that has seen beneath Linda Ikeji’s beautiful gates of babylon.Moe Musa directs for Wizkid, mostly his UK located video, like Caro & Ginger. He is also quite strapped.It is unlikely Musa is the man but then he is a “Wizkid director”.

Sesan Ogunro is allegedly the man most likely to have leaked information to Wizkid about having a one night stand with Linda Ikeji because they are very close and often hang out.Sesan is also from an affluent background which means he can afford Linda to some extent. He is handsome, hunky and has a huge egg plant – a feature Linda doesn’t hide her admiration for.The biggest hint that he is the one is the fact that Linda Ikeji broke the news of Sesan‘s father’s death in 2013 when even some family member were in the dark.

Well, Shizzi is another alleged suspect because he is handsome and loaded. It is unlikely that he will kiss and tell but you can never be too sure..So which of these directors do you think Wizkid was talking about?