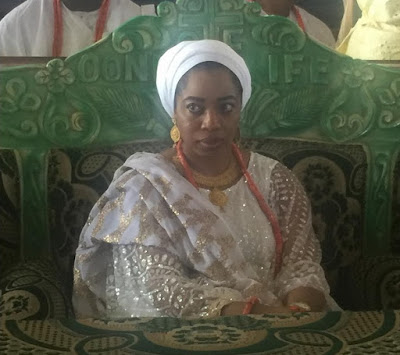 Ooni of Ife shut down Ile Ife today as he buried his grandmother Olori Marian Ogunwusi, despite the fact that he was absent at the burial because according to Yoruba tradition, it is a taboo for a king to see a dead body.
The funeral service of Olori Agba started around 11:00am today at St Paul’s Anglican Church in Ayegbaju. Ooni was represented by his wife Olori Sonia Itohan Ogunwusi. Pics continue after the cut
. 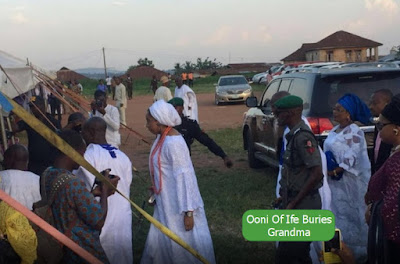 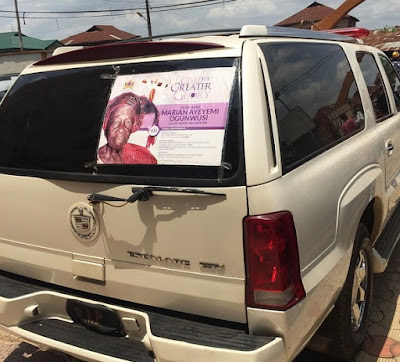 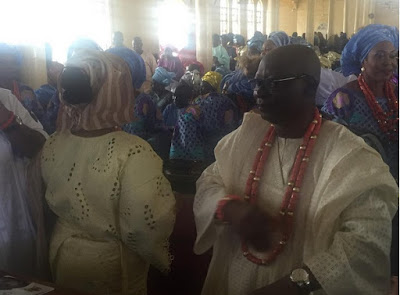 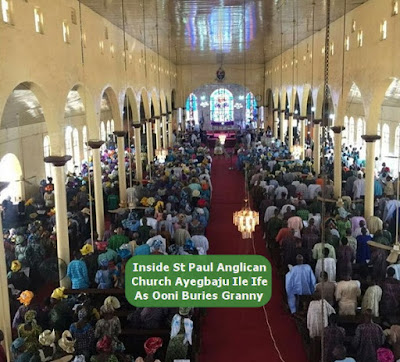 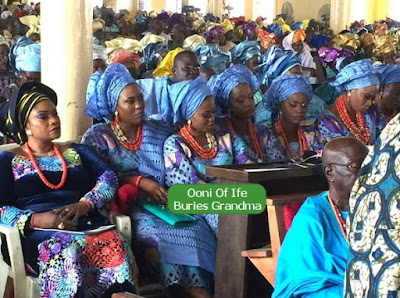 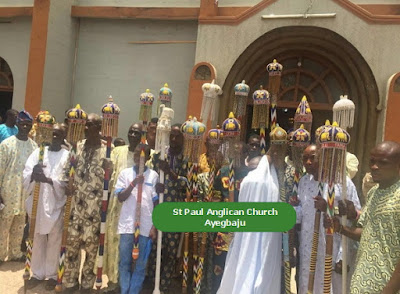 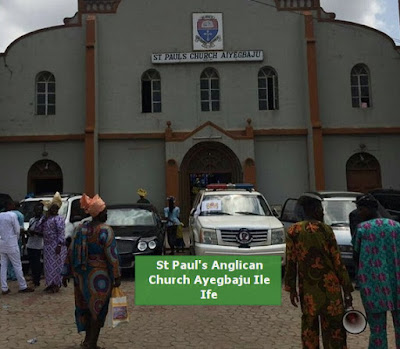