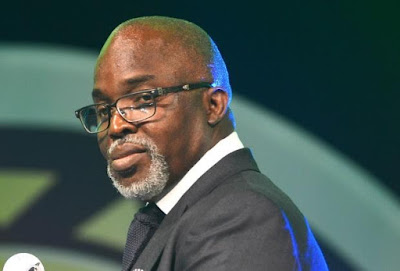 NFF President Amaju Pinnick says he will make sure he signs a foreign coach for the Super Eagles and that he won’t go back on that promise as he isn’t prepared to put the hopes of the Super Eagles Russia 2018 World Cup bid on a local coach.Speaking to newsmen shortly after arriving from Alexandria, where the Super Eagles lost to Egypt in a tightly contested AFCON Nations Cup 2017 qualifier, Pinnick said Nigeria’s fortunes can be improved just like Egypt if a foreign coach is employed.

”I cannot put our World Cup hopes on a local coach, we need a world class coach to reshape our football” “That is why I cannot compromise my decision for a foreign coach (Cuper’s success with Egypt). Egypt have so many professionals abroad, but Cuper used only five and he still went ahead to get the desired result. That is why I am insisting on a foreigner for the Eagles.