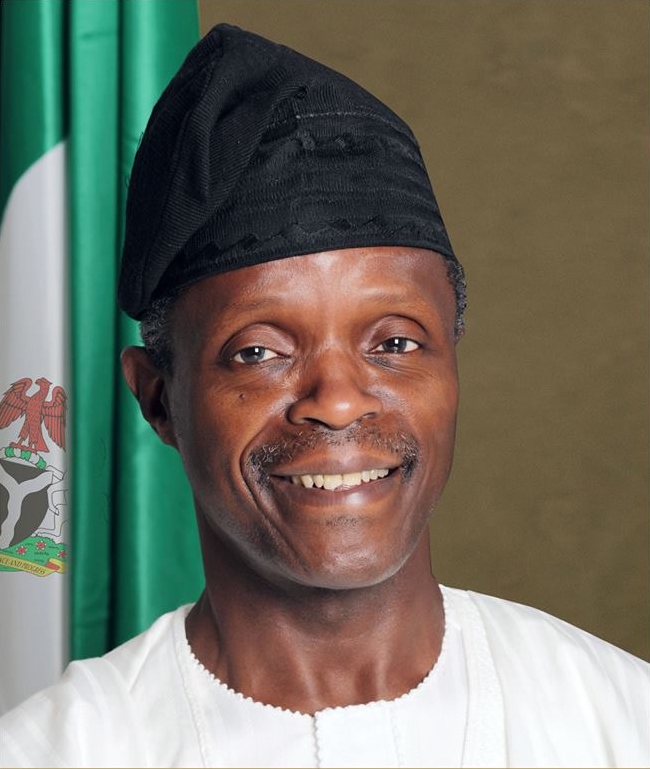 Vice President Yemi Osinbajo said on Thursday in Abuja that time has come for Nigerians to transform brilliant ideas into reality in order to achieve the desired objectives.
Osinbajo spoke when he received a delegation of Nigerian Chief Executive Officers (CEOs) who attended the Indian Manufacturing Conclave – an industrial conference – last month in New Delhi, India. He said that Nigerians have never lacked ideas.
“Almost all of us are certain about what the country needs to do, but the critical problem is the capacity to get things done. What is important is what we do with all the ideas,” the vice president said.
Osinbajo was briefed on the conference’s experiences from the trip shared by members of the delegation on different sectors of the economy, such as power and energy, ICT, maritime, financing, SMEs. The vice president commended the business leaders for their efforts at the event and the visit to his office.
“Nigerians know what to do, but the time has come to really work on getting things done. The problem has been on how to really get things done,” he told the delegation.
He also called on Nigerians in their different callings and endeavours to work together for the advancement of the country. The vice president also restated government’s determination to encourage ‘Made in Nigeria’ products including electric meters needed for billing.
He also encouraged linkages between federal research agencies and industry in order to develop local technological innovations. The leader of the delegation, Osaro Eghabamen, had commended the government for facilitating a public and private sectors’ collaboration regarding the Conclave in India. This, according to him, enabled the delegation to learn a lot, especially in the areas of ICT, ship building and using SMEs to grow the economy among others.
Source:NAN
Advertisements