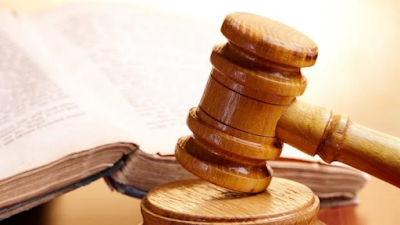 A Nigerian man named in court as “Wzavl” who told authorities he had been a victim of witchcraft in his village of Abia State, on Tuesday, April 5, lost his bid to stay in Australia. Although the Migration Review Tribunal accepted that witchcraft takes place in Nigeria and that such practices had “the potential to physically harm victims”, however, the he tribunal did not accept the man was likely to suffer at the hands of witchcraft practitioners if he was returned, because he would live in a city about 95 kilometres from the village in which he had claimed to have  been the victim of witchcraft.
After “Wzavl” appealed the tribunal’s decision to deny him a protection visa, and failed in a separate bid to overturn that decision, the Federal Court of Australia considered his case last On Tuesday, Justice Kathleen Farrell handed down her decision to dismiss Wzavl’s plea for the tribunal’s ruling to be overturned. Farrell said Wzavl had told authorities his father had been tortured to death in 2009 after opposing witchcraft in the family’s village.Justice Farrell said Wzavl told the tribunal that “in 2001, as a result of the applicant [Wzavl] asking questions about his father’s death, the applicant was also attacked by people in the village. As to the nature of the attack, the applicant said that he was made to go crazy with charms and left running naked in the street.”He had also claimed to have had acid poured over his front and back, and claimed that if he were returned he could be subjected to sectarian violence from Muslims and be targeted by gangsters who would see him as a “rich man” after returning from Australia.In the end, the Migration Review Tribunal (which last year became part of the Administrative Appeals Tribunal) accepted that witchcraft could harm people in Nigeria.Justice Farrell found: “In relation to the applicant’s claims to fear harm arising from his father’s death and the use of witchcraft, the tribunal accepted that witchcraft takes place in Nigeria and has the potential to physically harm victims; it accepted that the applicant’s father was killed in 1990 and that the applicant had been subjected to harm by people from his village in 2001.” Before arriving in Australia in 2011, Wzavl had moved from his village, where he feared reprisals from witchcraft practitioners, to the southern city of Aba, about 95 kilometres way. He later moved to Malaysia.

“The tribunal found that were he to return to Nigeria he would not return to his village and would instead return to Aba, being the place where he had resided for eight years prior to his departure to Malaysia,” Justice Farrell said.

The tribunal also ruled there was no more than a remote chance of him being targeted by gangsters or as a Christian at the hands of Muslims.Justice Farrell rejected Wzavl’s bid for an appeal of the decision, and ordered him to pay costs to Immigration Minister Peter Dutton. It is expected Wzavl will soon be deported.Source: The Sydney Morning Herald