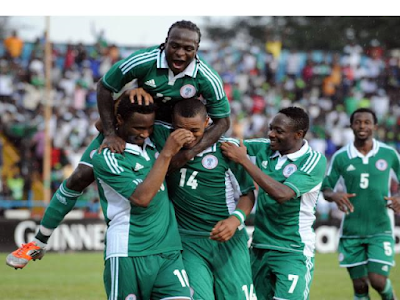 The Super Eagles are now 67th in the world with 532 points in the latest rankings of National teams for April released by the World’s football governing body, FIFA. They were 62nd in the previous ranking for March, but have now dropped five places to 67th. In Africa, the Eagles occupy the 14th position behind the likes of Ghana, Algeria, Cape Verde, Tunisia, Congo Democratic Republic and Senegal, with Algeria being the highest ranked African team in the world having moved from 37th to 33rd in the world.

In the 34th position is reigning African champions Cote d’Ivoire who moved two places. Meanwhile, Argentina are now the number one ranked team in the world after moving from number two while Belgium are now number two