Mr Olaiya Adegbo asked Igando customary court to disolve his marriage because his wife cheats on him with their neigbour. – 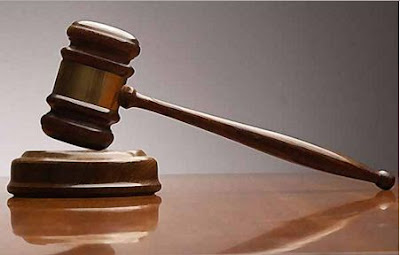 A 59 year old man while asking the court to dissolve his 23 year old marriage , infidelity as one of the reason he no longer to be in the marriageThe man identified as Mr Olaiya Adegbo asked Igando customary court to disolve his marriage which produced four kids because his wife cheats on him with their neigbour.
While narrating the story he said; “That fateful day, I came back home earlier and could not find her in our room, two of my neighbours told me that they sighted her when she sneaked into her lover’s room.

“I went to knock on his door but he refused to open after hearing my voice.“I continued knocking and he later opened his door, and I saw my wife hiding behind his door sweating and panting, I greeted her and left.“After some days, her lover died and my wife disappeared from the house without taking anything and refused to come back.“My wife later went to marry another man, who also died after some months of their marriage,” he said.Adeagbo also told the court that his wife was always at loggerheads with their neighbours.“My wife fights a lot, she fought our pregnant neighbour but the woman died the following morning.“Every house we rented, we were always evicted because of her frequent fighting with me and neighbours; she once stabbed me with a knife.