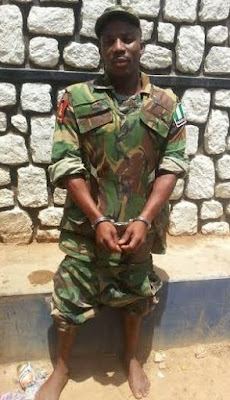 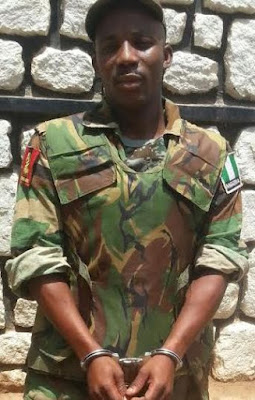 Kaduna State Police Command has arrested a fake army officer who has been extorting money from residents. The suspect identified as Abdul Mohammed was arrested by a surveillance patrol team along Zango road in Tudun Nupawa area of Kaduna.
According to Daily Trust, the suspect is said to have dressed in full military camouflage to extort money from residents pretending to be a soldier.The Police Public Relations Officer of the Kaduna state police command DSP Zubairu Abubakar who confirmed the arrest said: “The suspect was spotted on 11th April, 2016 at about 10.30pm in full military camouflage with a bullet proof jacket and tried to conceal himself in suspicious manner on sighting policemen.When the policemen asked him, he could not satisfactory account for himself. Preliminary investigation revealed that the suspect is from Tudun Nupawa, Kaduna and that he is not a genuine soldier but wears the military uniform to aid him in commiting crime,” Abubakar said.Source: Daily Trust