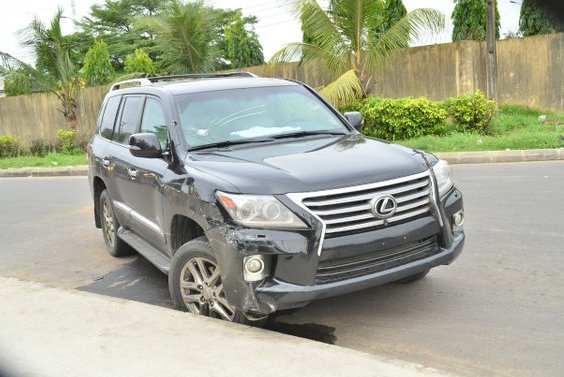 According to a report by Sahara Reporters, Governor Wike’s Chief of Staff, Chukwuemeka Woke was arrested over an alleged attempt on the life of NIMASA DG, Dakuku Peterside. Below is how they reported it…(Above is a scene of the accident)From Sahara Reporters

The Department of State Security in Rivers state has thwarted an assassination attempt on Peterside Dakuku, the All Progressives Congress (APC) candidate in last year’s guber election in the state and reportedly arrested ChukwuEmeka Woke, the Chief of Staff to Governor Nyesom Wike for leading a killer squad in two Sport Utility Vehicles that trailed and opened fire on Mr. Dakuku.

According to a press release issued by Mr. Dakuku’s office, the gunmen trailed him from Aba Road as he drove towards his house in the GRA area of Port Harcourt, but as his car made to turn towards the GRA entrance to his home, the gunmen drove aggressively hoping to overtake his car.

Mr. Dakuku then changed course and drove to the state headquarters of the DSS as his security aide had already radioed for help.

Soon as Dakuku was allowed into the premises of the DSS, officers at the gate reportedly opened fire on the two SUVs trailing him and succeeded in demobilizing the care and got some of the occupants including Mr. Woke arrested.

One of Mr. Dakuku’s security aides was seriously injured as a result of exchange gunfire during the thirty-minute long encounter. 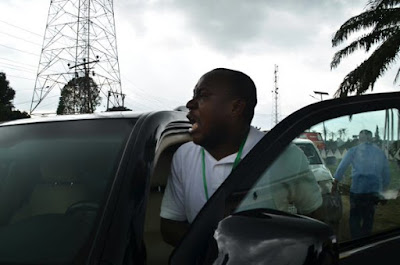 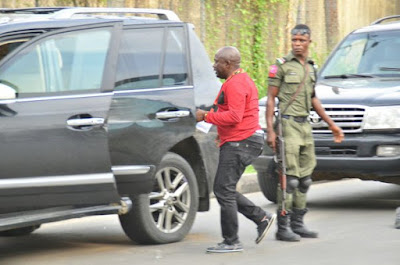