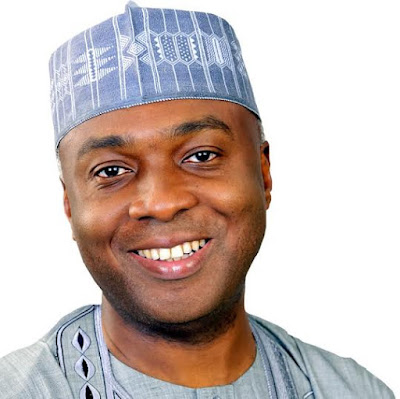 A PDP Senator and Chairman of the Senate Committee on Niger Delta, Senator Peter Nwaboshi, has threatened that the Peoples Democratic Party (PDP) will take over the Senate Presidency from the APC if Senate President, Bukola Saraki is removed from office due to his ongoing CCT Trial.
In an interview with Daily Trust yesterday March 30th, Nwaboshi described Saraki’s trial as blackmail and that his party would produce the next Senate President if Saraki is forced out of the seat.According to him, the PDP caucus in the senate is ready to replicate the current system in the United States of America, where the Republican Party is in charge of the parliament, while the Democrats are in control of the executive.

“I was the first to address the press in Port Harcourt and I told them that Saraki was going to win the Senate Presidency and I gave them my reasons. Eventually, we went there, he won. If, but God forbids, because we don’t see it coming, by chance Saraki is removed; I can tell you that the PDP will produce the next Senate President. We only need three and we have it. The calculation is very clear to me. The calculation is very clear for the PDP. We know what it will take us. When I told them that Saraki was going to win, I did a lot of mathematical calculations based on the facts on the ground and it is even clearer to me now that the PDP will win it. We will win it. If anybody is thinking that a PDP man is going to vote against a PDP candidate, he is telling you a lie. We have people and we know how to get the people from the APC. We will win and that will be very interesting. I can tell you with what’s on the ground that we will produce the next Senate President,” he said.