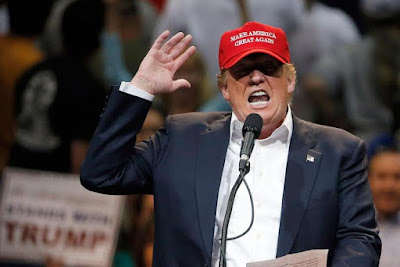 Women who have illegal abortions should be punished, Donald Trump said on Wednesday. The Republican presidential frontrunner made the comments during a heated exchange at a town-hall event in Wisconsin over whether abortion should be banned. He told US broadcaster MSNBC’s Chris Matthews: “There has to be some form of punishment.” after calling for a ban on the procedure.
Pressed by the journalist to explain further, he responded: “I haven’t determined what the punishment should be.” Mr Trump said he was “pro-life with three exceptions”, but did not provide details as to what they were.Democratic frontrunner and his possible White House rival Hillary Clinton was quick to react on Twitter, branding his remarks “horrific” “Just when you thought it couldn’t get worse. Horrific and telling.” Clinton said.A statement issued later by Mr Trump’s campaign said the abortion issue should be left to individual US states to determine.Bernie Sanders called it “shameful” and even major pro-life groups spoke out strongly against punishing women who have abortions.Even Trump’s conservative rival Ted Cruz, an evangelican Texas senator, bashed him, accusing the real estate mogul of saying “anything just to get attention”.Ohio Governor John Kasich, the third runner in the Republican race for the White House, also weighed in saying “Of course women shouldn’t be punished,” he told MSNBC.Women’s health provider Planned Parenthood, which conservatives oppose for its abortion practices, said Trump “is now inciting violence against women for making a decision that’s theirs to make.”