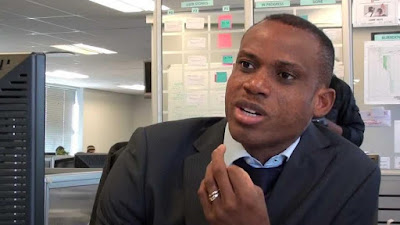 Former Super Eagles head coach, Sunday Oliseh will on Thursday appear before the House of Representatives committee on sports to answer questions on his shocking resignation as coach of the national team. He is expected to give his own explanation on his decision to quit his post with just a month to a crucial AFCON qualifier against Egypt.
Oliseh had accused the Nigerian Football Federation of failing to support him while he was in charge of the Super Eagles. He also criticized the football federation of contract violation, coupled with unpaid salaries and other entitlements.

“Oliseh has been invited by the committee on sports. He is to give his own side of his resignation story,” a top source at the NASS told Vanguard.

“You know Oliseh, he will not hold back anything, he will give details of how some top officials made sure they frustrated him because they were not the ones who facilitated his appointment. You should expect him to shoot from the hips.”

The minister for Youth and Sports, Solomon Dalung is expected to be at the National Assembly for the hearing.

“The sports minister has insisted he be part of the committee’s hearing and so he will be in attendance on Thursday,” a sports ministry official said.