President Muhammadu Buhari on Tuesday talked openly interestingly on the $5.2bn fine forced on MTN Group by the Nigerian Communications Commission, saying the worry of his government is not about the punishment but rather on the security ramifications of the telecom association’s inaction. 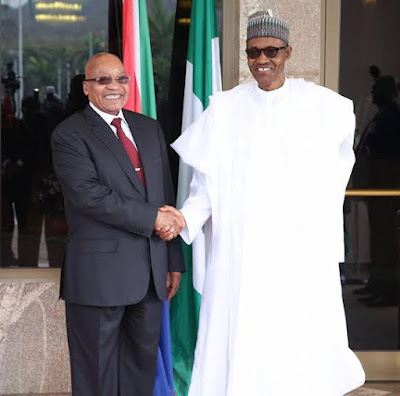 The firm was endorsed by the regulatory agency for neglecting to enroll some SIM cards.

Buhari talked while noting an inquiry amid a joint question and answer session he tended to close along with the South African President, Jacob Zuma, at the Presidential Villa, Abuja.

The President clarified that since Boko Haram members were utilizing unregistered SIM cards, MTN added to the losses recorded by the order in view of its inaction.

He said, “The worry of the Federal Government was fundamentally on the security and not the fine forced on MTN.

“That was the reason the NCC solicited MTN, Glo and the rest from them to enroll GSM subscriber.

“Tragically, MTN was ease back and added to the setbacks. What’s more, NCC took a gander at its regulations and forced the fine.”

He said that was the reason his administration left the NCC and security organizations to handle the matter in their own particular manner.

Buhari included that lamentably for the telecom firm, as opposed to arranging the fine or the method of installment, it dragged the Federal Government to court.

He said the nation’s constitution stipulates that no further move ought to be made on any issue that is a subject of case.

Buhari said now that MTN had chosen to pull back the case from court, it is allowed to do a reversal to the applicable government agency to check whether the fine can be reduced and paid in portions installments