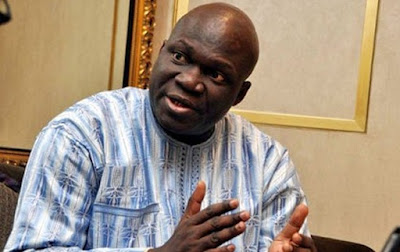 This is a post by Reuben Abati. “Easter greetings”
“Ok”
“I am greeting you”
“I see”
“Are we quarrelling? Or you have malaria?”
“Can’t you see that I am just not in the mood?”
“Not in the mood to say same to you?”
“Okay. Same to you”
“This is the season of love, you know. Our Lord Jesus Christ died on the Cross of Calvary so we may have everlasting life.  He made the ultimate sacrifice so that you and I can be saved.”