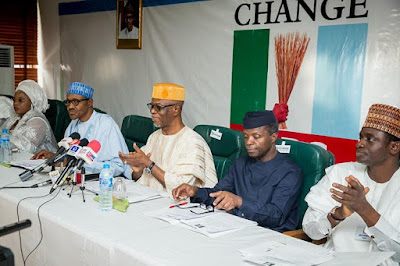 President Buhari yesterday said regardless of the fact that he leaves office tomorrow, he needs Nigerians to recollect that him as a pioneer who regarded them. Buhari said this while talking at the National Economic Committee meeting of APC in Abuja today March 24th. Buhari made the comment while talking on the late demonstrations of viciousness amid a few decisions especially that of Rivers state where 7 individuals including a corps part was murdered ;

“Of course, the leadership of INEC has been changed, but I appeal to the leadership of the military, security agents and INEC that what I want Nigerians to remember me for, even if I have to leave the Presidency tomorrow is that I respect them. I want all Nigerians to believe and hold their PVC as personal entitlement as Nigerians and use it the way the like, and vote for whoever they like at which ever election. If they voluntarily sold it, it is part of their right and so, let them sell it and remain at home and not participate in any election. But let the law enforcement agencies give them the confidence that nobody will come out and stop them from exercising their fundamental right. I think that more Nigerians are killed or killed themselves in Rivers than in any particular state. At this stage of our political development, to remain brutal is shameful and as a government, I promise we will do something by the next general election.”he said