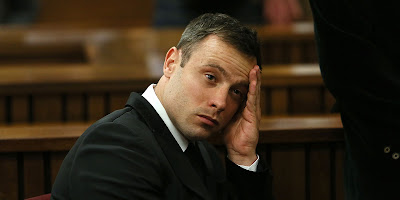 3 years after he lethally shot and killed his better half, South African Olympic sprinter Oscar Pistorius will now show up in Pretoria’s High Court in April to confront sentencing after the Constitutional Court rejected his allure “for absence of prospects of accomplishment” and discovered him liable of killing his sweetheart Reeva Steenkamp on Valentine’s day in 2013.

The arraignment will contend for a sentence of no less than 15 years at one month from now’s listening to, a representative for the National Prosecuting Authority told SA nearby news media. The court had expressed in its arugment in papers recorded to the Constitutional Court that it was not in light of a legitimate concern for equity for Pistorius to be permitted to bid the homicide conviction.

Pistorius as of now served a year in prison, however was discharged in October, to serve the rest of his term at home, with strict procurements on when he could leave home and how far he could travel. Be that as it may, now confronts 15 years in prison.

The Constitutional Court decision was made Wednesday yet was made open Thursday.