A Nigerian drug dealer, Odunze, 29, was arrested by Pattaya, Thailand police on Monday, March 7 with two packs of crystal methamphetamine.

According to Pol.Lt.Col.Chitdecha Songhong- deputy superintendent of Na Jomtien police station, a sting operation was set up in order to apprehend him after the authorities learned of his activities. 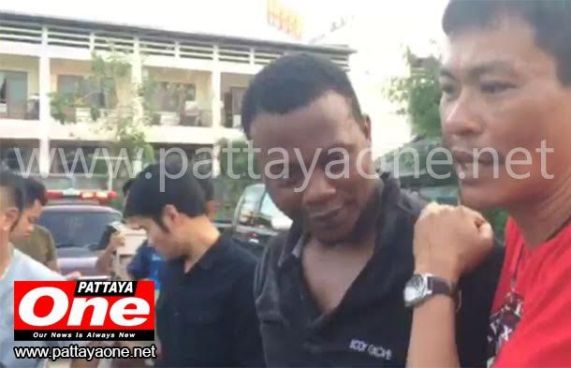 However, Chinedu realized that he was tricked and attempted to escape with his car and crashed into two villagers injuring them. The police officers chased him until they finally arrested him in Soi Sukhumvit 46 road. His Thai wife fled away with packs of drug.
During interrogation, Chinedu confessed that he and his Thai wife have dealt with drug for a long time. Investigation is ongoing and if found guilty, he will be prosecuted according to Thai law.
Advertisements