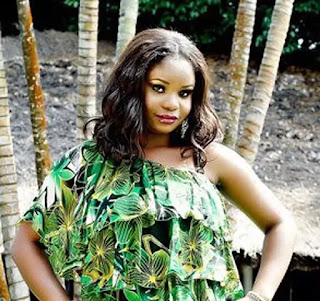 A line has broken out between the police and the widower of a hopeful mother, who passed on after her discharge from police custody.

Mr Solomon Wilfred is asserting that his wife, Vivienne, who was six-week pregnant, kicked the bucket from “passionate anxiety” after her trial.

Yet, the police denied that she was kept in guardianship, saying she was “discharged promptly her spouse said she was pregnant and has wellbeing challenges”.

Wilfred, who got hitched to the late Vivienne last December, said she was taken to Akinpelu Police Station in Oshodi on March 15 by a policeman taking after a contention with another lady, Chinwendu Udomadu over a high school young lady, Perpetual Ucheweaku at the close-by Arena Market.

Mrs Udomadu and her little girl, Chinemerem, guaranteed that Perpetual was Osinachi Udomadu, who had been lost following 2014.

The late Mrs Wilfred exposed their case, saying the young lady is under her direction. She included that she knew the young lady’s guardians, and had known the young lady since she was around eight years of age.

The Divisional Police Officer (DPO) at Akinpelu was said to have exchanged the case to the State Criminal Investigation Department (SCID) at Panti, Yaba, guaranteeing that it was a criminal case which couldn’t be taken care of at his station.

Wilfred told The Nation that at Panti, his wife was confined in a cell while he composed an announcement. He said he asked to swap places with her since she was pregnant and “endures stress affected seizures”.

“I let them know she was pregnant and wiped out. I let them know she had stress instigated seizures, and I went upstairs to compose the announcement for me to swap places with her. Be that as it may, when I returned, they had tossed her into the cell.

“I even thought they put her behind the counter to sit tight for me to compose the announcement, yet she was in the cell.

“At that point I instructed them to discharge her since I as of now let them know she was not feeling fine”, he said.

Wilfred said his wife passed on March 16, tailing her discharge the earlier day.

Police representative Dolapo Badmos, a Superintendent (SP), said the late Mrs Wilfred was discharged on wellbeing grounds and was never placed in the cell.

“She was never placed in the cell and she was discharged by the ACP SCID instantly her spouse said she was six weeks pregnant and has wellbeing challenges.

“The ACP later called and let me know that she has been educated the lady swooned at home and was raced to the healing center where she went on,” she said.

However, the widower said the “passionate anxiety” she experienced in the cell, and his ensuing detainment set off the seizure that prompted her demise.

Badmos said: “The police did nothing incorrectly in the matter. The suspects (Chinwendu and Chinemerem Udomadu) have been charged to court and the consequence of the DNA test is as yet being anticipated.”