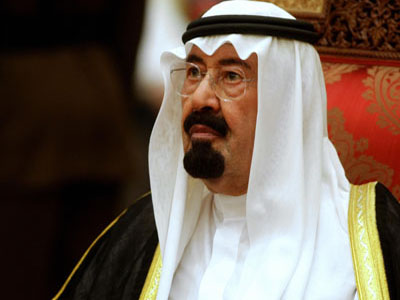 Security agencies which are said to be hugely embarrassed by the development, are currently probing the alleged security breach which led to the theft.
The victim himself is said to be worried by the incident.Thenation reports that Bin Abdul had been accorded the honour of leading the Jumat prayer at the National Mosque on Friday.A heavy security ring was therefore formed around him and his entourage by the relevant agencies.After the Jumat service, many dignitaries and worshippers tried to move closer to Abdul which led to the alleged security breach.It was gathered that the Secretary of World Muslim League later discovered that his handset had been stolen.A top source said:

“Despite tight security for him, some thieves made away with the handset of the Executive Secretary of the World Muslim League. The theft occurred after the Jumat prayer session suggesting that there was breach of the security wall at the National Mosque. Some smart guys took advantage of the relaxed atmosphere to strike.

This incident created an embarrassment for the cleric, diplomats and most of the dignitaries that accompanied him to the service.”

Responding to a question, the source added:

“The visitor from Saudi Arabia was shocked and embarrassed. No one could explain how it happened.”

Sources told The Nation last night that the matter was being investigated.Another source added:

“All the agencies have swung into action to arrest those who perpetrated the act. They will get the brains behind the incident. I cannot confirm whether or not any arrest has been made but we will crack this case to correct any misgivings.”

It was not immediately clear if the CCTV system at the National Mosque was working as at the time of the incident.

“The security agencies will determine the efficiency of the CCTV,” the source said.

Prior to the theft on Friday, the Secretariat of the Nigerian Supreme Council for Islamic Affairs (NSCIA), within the premises of the mosque, was recently burgled with hard discs of some sensitive computers carted away by unknown thieves.The development made the NSCIA to eject some tenant organizations from the main secretariat.