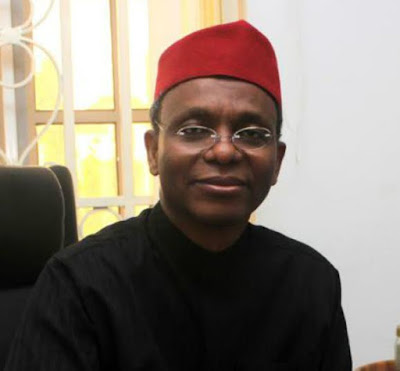 Following the public criticism that has greeted the proposed anti-preaching law by the Kaduna state government, the Catholic Church of Nigeria has asked the state governor, Nasir El Rufai to thread with caution as no governor can be an emperor.
The Catholic Church’s position was made known by the Director of Caritas International, Rev. Fr Evaristus Bassey, at a press briefing by Caritas International, a department under the Catholic Bishops Conference of Nigeria (CBCN) in Abuja yesterday March 22nd.Bassey said although the laws are meant to curtail the excesses of religious men in the state, the content of the law appears to be quite overbearing and will hamper the constitutional rights of residents of the state to freedom of religion.

“The fear is that even if the proposed bill contains good aims, the proposed restrictions would play into the hands of officials of state who have a hegemonic mentality and would allow them the freedom to persecute one religion in favour of another. The principle of separation of state and Church/Mosque which springs from the supposed secularity of the Nigerian constitution would be severely battered if this bill is pursue in the way it is. Governor El Rufai, who is quite dogged in the pursuit of anything, given this tool, would pursue ardently both what is good and what may be divisive. We advise that Kaduna State rely on existing laws and existing state instruments of law enforcement, to maintain religious harmony in Kaduna State instead of reinventing the wheel. The majority of Kaduna people appear not to want this law, and their wishes should be respected, as no governor is an emperor but an elected official who should defer to the people’s will. The people’s will is sovereign; because of the potential abuses this bill could bring when it becomes law, we opine that it is not necessary” he said