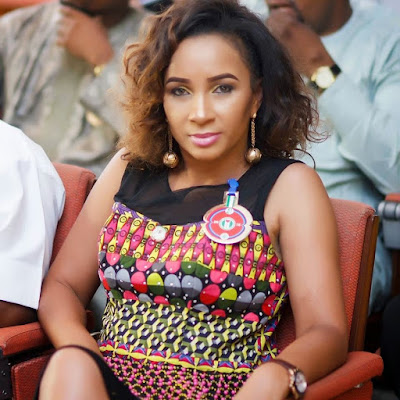 Let me start from the beginning so it’s easy to understand. In 2005, actress and mother of three Ibinabo Fiberesima was involved in a vehicle accident on Lekki-Epe Expressway in Lagos that cost a man his life. She vied off her lane and hit the car of a doctor, Giwa Suraj, who was a staff of Lagos state hospital. Ibinabo was arrested for dangerous and reckless driving and charged to court.

The Lagos Division of the Court of Appeal has upheld the judgement of a Lagos State High Court sentencing an ex-beauty queen, Ibinabo Fiberesima, to five years imprisonment for manslaughter.

The lower court presided over by Justice Deborah Oluwayemi had convicted Fiberesima of manslaughter, ruling that the actress’ reckless driving was responsible for the death of one Dr. Giwa Suraj on the Lekki-Epe Expressway.

Justice Oluwayemi had set aside the verdict of a Lagos State Magistrate’s Court in Igbosere which earlier ordered Fiberesima to pay a fine of N100, 000 for the offence.The high court judge ordered that the N100, 000 should be refunded to her while she should proceed on five years imprisonment.However, Fiberesima, not pleased, headed for the Court of Appeal seeking to upturn the verdict.

The case went to court and the Igbosere magistrate court sentenced her to five years in prison with an option of N100k fine. Ibinabo apologized to the man’s family, paid the N100k fine and thought the case was over but the Lagos state government objected to the fine and took the case to a high court…

The High Court then said that the Magistrate court was reckless when they gave Ibinabo an option of fine for such an offence. The High court judge tossed out the N100k option and sentenced Ibinabo to five years in prison, saying that such an offence – reckless and dangerous driving which causes another person’s death is liable to 7 years in prison. Ibinabo’s N100k was subsequently given back to her.

So she and her lawyers took the case to court of Appeal, asking the court of appeal, Lagos Division, to set aside the prison sentence and restore the sentence she received from the magistrate court (N100k) but unfortunately, at the judgement that took place today March 11th, the court upheld the high court ruling and dismissed Ibinabo’s appeal, saying it lacked merit.

Ibinabo was in court today and reportedly wept when judgment was passed. She and her lawyers are now heading to the Supreme court to appeal. If they fail at the Supreme Court, the AGN president will be spending the next few years in prison.