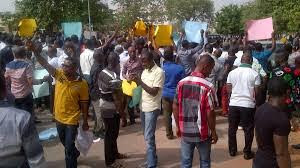 A day after two armed force officers were killed in Abonema group in Rivers express, an authority of the Department of State Services (DSS) has additionally been killed. He was killed amid an assault on security work force in Omoku, Ogba/Ndoni/Egbema LGA of Rivers state yesterday March 18th
.‎

“A joint security group comprising of the armed force, police and DSS while leading watch today at Egi in Omoku group of Ogba/Ndoni/Egbema Local Government Area of Rivers State were assaulted by obscure shooters,” he said in an announcement.

The crooks drew in the security group for a few hours before they were in the end unstuck. Tragically, a security specialists lost his life in the deplorable occurrence.

Support has been sent to bulk up security in the zone and regularity has been restored. Omoku group is the same group were an APC pioneer, Franklin Obi was decapitated and his wife and child slaughtered two weeks back.