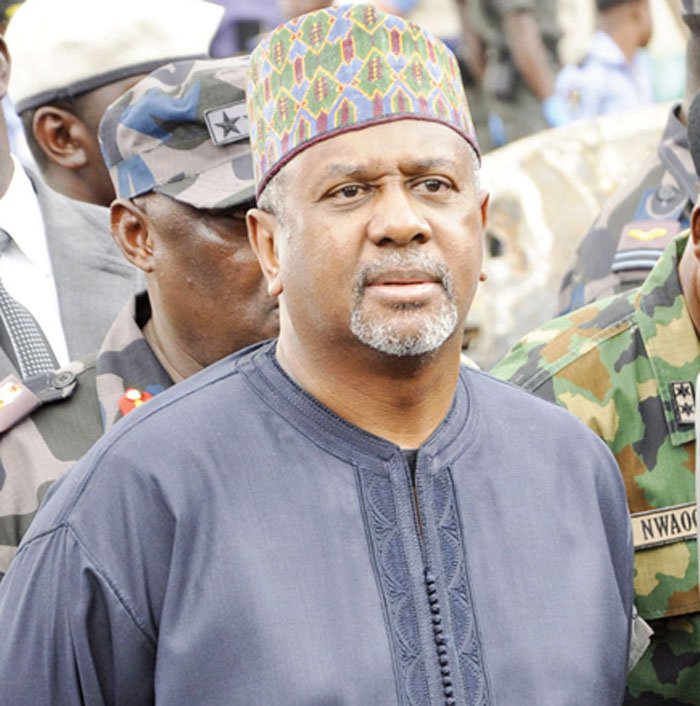 The
nonattendance of retired Col. Sambo Dasuki, a former National Security Adviser
(NSA), on Wednesday slowed down his trial at a FCT High Court, Abuja.
Dasuki,
Shuaibu Salisu, a former NSA Director of Finance, and ‎Aminu Baba-Kusa, a
former Executive Director, NNPC were charged for redirection of 13.6 billion
Naira implied for the buy of arms.
Alternate
respondents were Acacia Holding Limited and Reliance Referral Hospital Limited.
At
Wednesday’s listening ability, Rotimi Jacobs (SAN), advised the court that
Dasuki declined to go to the court since his lead direction would be missing.
Jacobs said
that he influenced him to come however he said, “unless you steal me, I am
not coming”.
Refering to
Sections 267 (2) of the Administration of Criminal Justice Act, he said that it
was a purposeful exertion made by the main respondent and his guidance not to
show up in court.
In any case,
Wale Balogun, holding brief for Joseph Dauda (SAN), told the court that it was
the obligation of the indictment to create the primary respondent in the court.
He said that
the arraigning counsel did not create testimonies proof in the witness of the
court with respect to why he couldn’t deliver the primary respondent.
Olakayode
Dada, Solomon Umoh (SAN), Dr. Abiodun Layoun (SAN) and Olajide Ayodele counsel
for second to fifth litigants, individually adjusted themselves to Balogun’s
accommodation.
Equity
Husseni Baba-Yusuf deferred the till April 6 for continuation.
Advertisements