A 44-year-old man, Deji Babington-Asaye, was arrested and on Tuesday arraigned before a court in Abeokuta for calling Senator Buruji Kashamu, “a drug baron and jail breaker” on a WhatsApp group. 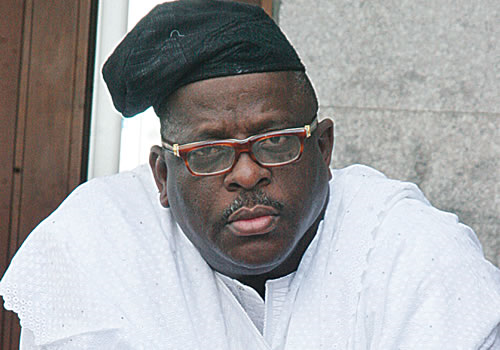 The prosecuting counsel, Sunday Eigbejiale, told the Chief Magistrate’s Court that the accused committed the offence between March 13 and 14 at about 2:30pm at Ogere, Remo in Ogun State
magistrate district. The accused, a member of the opposition Peoples Democratic Party, he also said, made the comments on a party support group on WhatsApp.According to the prosecutor, the accused engaged in an act that threatens the peace of the state by insulting a federal lawmaker in the group tagged “PDP March to Victory”.The accused called Mr. Kashamu a “drug baron and jail breaker”, and also challenged the senator to go to United States of America and clear this name.The prosecutor said Mr. Babington-Asaye committed an offence contrary to and punishable under section 249 (d) of the Criminal Code Cap 29 Vol.11 laws of Ogun State of Nigeria, 2006.The accused however pleaded not guilty to the one-count charge of breaching public peace preferred against him.The defense counsel, Bola Oluwole, said the offence was bailable and asked the court to grant his client bail.The chief magistrate, Oriyomi Ogunfowora, therefore granted the accused bail in the sum of N250, 000 with two sureties in like sum.The court adjourned the matter till March 30.– PremiumTimes.